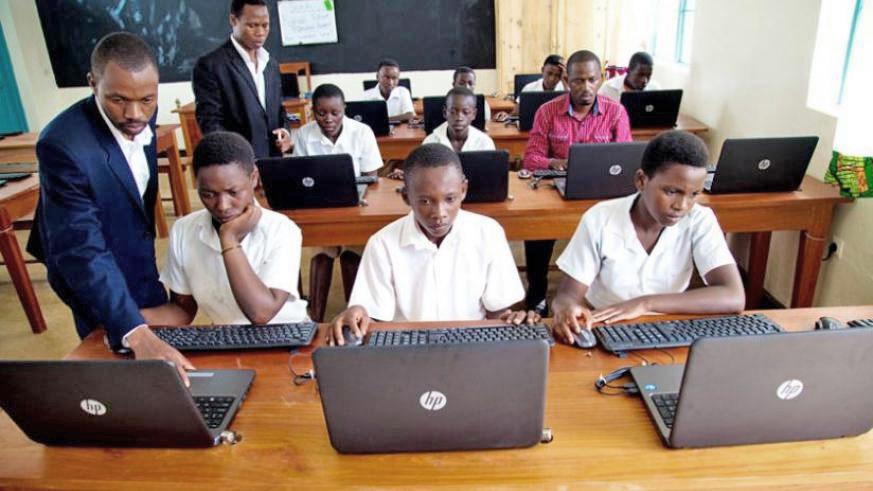 Rwanda Education Board (REB) and the Japan International Cooperation Agency (JICA) have teamed up to roll-out a software to improve learning of mathematics in primary schools.

The programme, which is called ‘Interactive Mathematics (IM), will be implemented jointly by REB and the Sakura-Sha, a Japanese leading ICT solution provider for education.

Sakura conducted a feasibility survey in 2016 and found that the lack of effective educational software content was one of the challenges to effective deployment of ICT in education.

Angelique Mukampongerwa, the Head Teacher of Groupe Scolaire Kimironko II, one of the six schools that have been selected to pioneer the project, said that the software is designed to help pupils to perform better in the mathematics subject and   promote the use of technology in education.

“We have 12000 pupils who are expected to benefit from the programme.  Normally, the majority of students don’t really enjoy learning mathematics, they consider it boring and complicated,” she said.

For example, she added, in primary five and six, in a class of 44 students only 10 have good marks in Maths, which suggests that they really need some cool teaching aid to boost their interest.

She added that, with over 100 Positivo Laptops and 155 X laptops under the One Laptop per Child (OLPC) programme that her school received, they are ready to implement the project smoothly.

Hiroyuki Takada, the JICA Chief Representative, said Interactive Mathematics software was developed in a way that makes learning mathematics easy and fun for both teachers and students.

“This software is so interactive through images, voice and animations relating to the real world that allows the user, especially young learners, to explore mathematic concepts with fun and enjoyment,” he said.

He added that; “It was helpful in our country and we hope Rwandan students will successfully benefit from it as well.”

Irene Ndayambaje, the Director General of REB, told the New Times that, under the competency based curriculum, ICT tools are very crucial to attaining the learning outcomes envisioned.

“One of the challenges was the lack of enough digital materials loaded in those computers. Now, this software came in to fill that gap and we hope schools will use them effectively to boost mathematics,” he said.

More than 1518 primary schools are equipped with laptops (OLPC) but various assessments revealed that they are underutilised or even still packed in boxes in some schools, according to REB.

REB says it plans to address the issue by putting in digital content progressively to be used across all lessons.