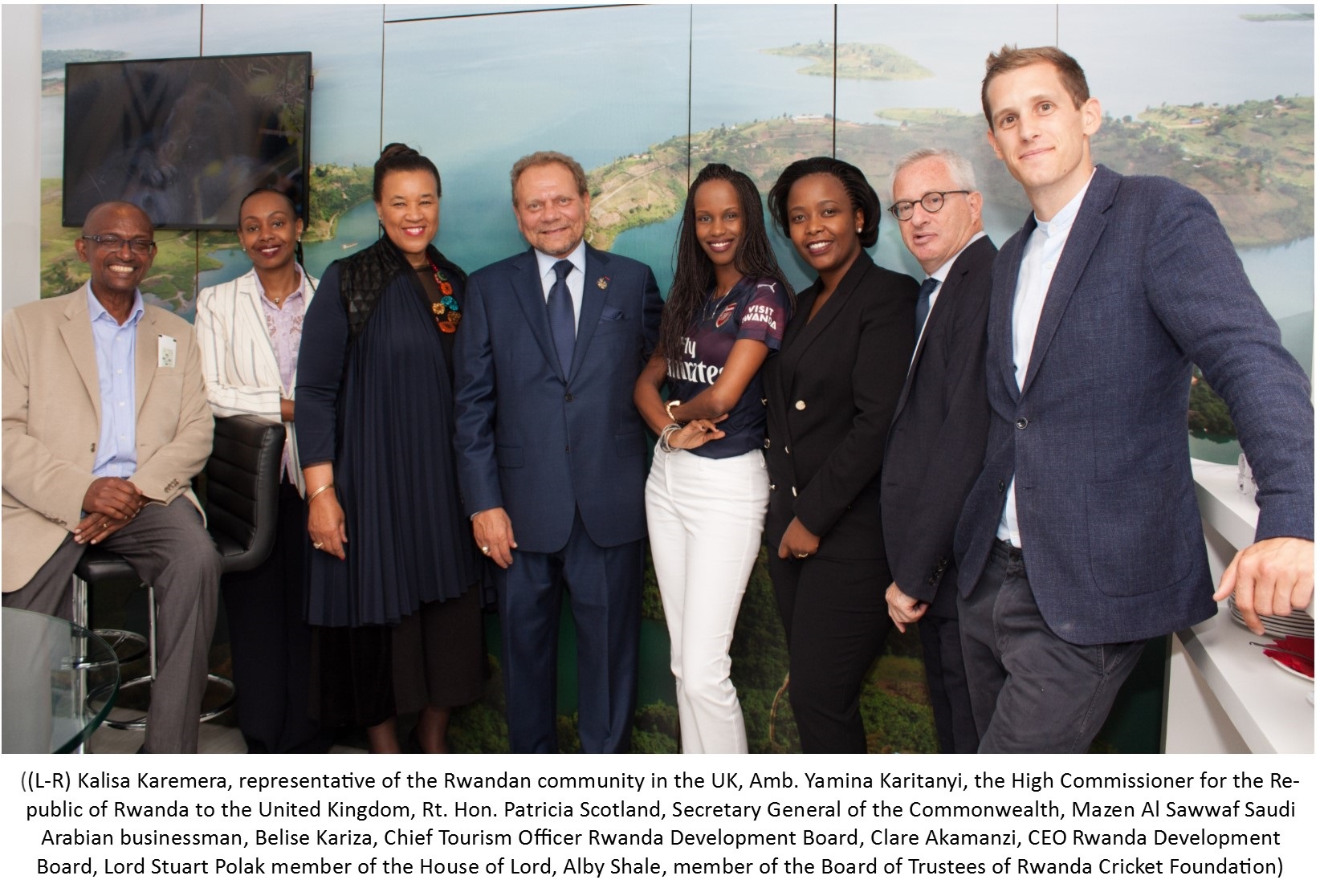 “The story of today’s Rwanda is one of vibrancy, beauty, energy, creativity and innovation. This partnership has already started to create greater global awareness of Rwanda’s culture, natural attractions, and numerous opportunities.

With the launch today of our new website, Visitrwanda.com, the world will discover why we are the second fastest growing economy in Africa and a unique tourist and convention destination on the continent”.

On 23 May 2018, RDB, through the Rwanda Convention Bureau, became Arsenal’s first official sleeve partner as part of Rwanda’s drive to become a leading global tourist destination.

The three-year deal will also see ‘Visit Rwanda’ become Arsenal’s official Tourism Partner. The ‘Visit Rwanda’ logo will feature on the left sleeve of all teams next season.

Arsenal players from the men’s and women’s teams will visit Rwanda and club coaches will host coaching camps to support the development of the game for boys and girls in the country.

‘Visit Rwanda’ will gain global exposure through branding on match day LED boards at Emirates Stadium, interview backdrops and a broad range of other marketing rights.

Rwanda’s growing tourism sector has seen the number of visitors double in the last decade.

The country’s national parks are attracting a record number of tourists due to growing numbers of wildlife including black rhinos, lions, zebra, chimpanzees and the famous mountain gorillas.

Rwanda is also attracting new hotels and lodges across the country, making it easier to experience unique and memorable vacations.

Rwanda is ranked the second easiest place to do business in Africa by the World Bank and has been awarded for its leadership in tourism and competitiveness by the World Travel and Tourism Council (WTTC) and the World Economic Forum respectively.