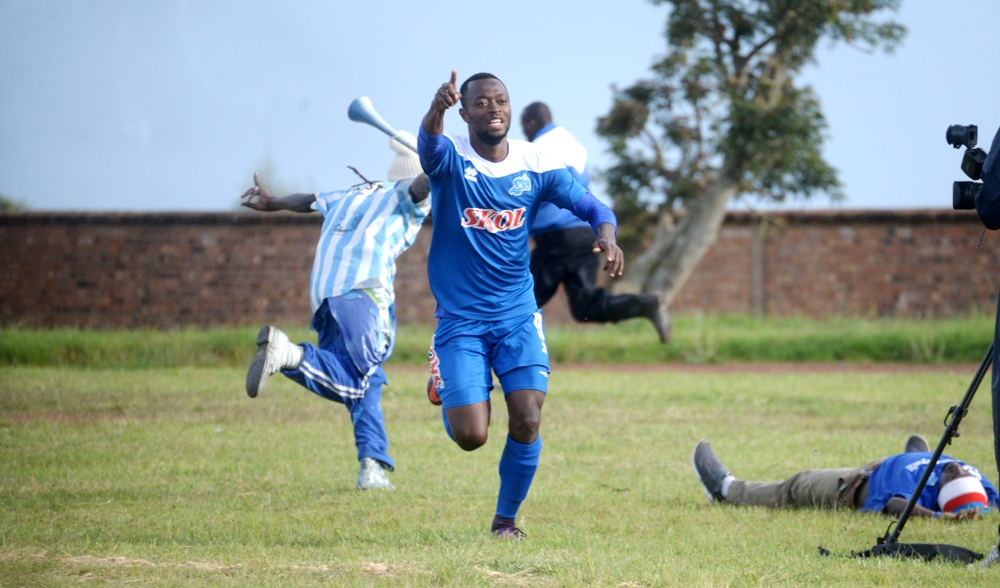 The match was attended by the Rayon Sports’ new coach, the Belgian Ivan Jacky Minnaert. Among eight matches that took place yesterday, only one (Rayon SportsVs Gicumbi) ended with a goal with others equalized with zero out of zero.

The deputy coach of Rayon Sports Jeannot Witakenge involved some players in the match as to score a goal against Gicumbi FC.

Striker Rutanga didn’t participate in the match as he is under punishment as he was handled with yellow cards.

At the other side, Gicumbi players tried the best to defend in the first half time. Heavy shots on target delivered by the Rayon Sports created a panic spirit in the Gicumbi FC’s side.

Striker Ange Mutsinzi from the Rayon Sports missed a goal after heavily shooting the ball on its adversary’s net.

However the first half time of the match ended without any goal from both sides.

At the 62 minute of the second half time, the Rayon Sports’s striker Chris Mbondi scored a goal using a head as effectively acquiring the ball shot on target by Kevin Muhire from the corner.

As the match went closer to the end, Gicumbi FC replaced its striker Eric Nzitonda with Evode Ngabitsinze but the change did not produce desired purpose and the math ended with one score from the Rayon Sports with zero of the host Gicumbi FC.

Half of Ugandans poor and unhappy with economy