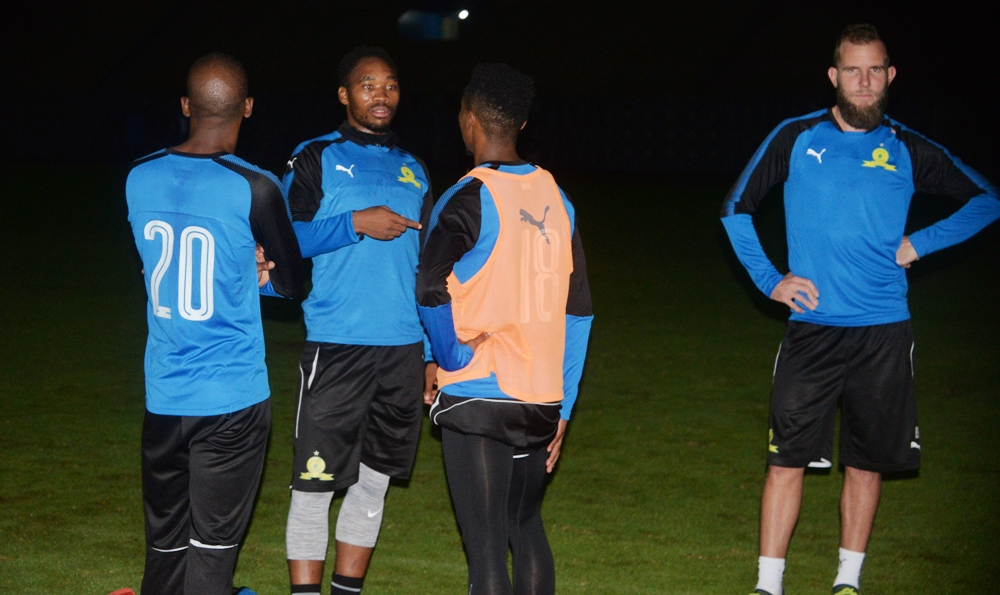 This incident happened yesterday evening as the South African football team was exercising for the last time before facing Rwandan Rayon Sports today on Wednesday at Amahoro National Stadium.

The electricity was cut off 22 minutes after the last exercising session of the Mamelodi Sundowns was launched.

The match between both teams is due to start on Wednesday, March, 7, 2018 from 8 PM at Amahoro National Stadium.

Mamelodi Sundowns was ready to start its exercises from 8PM, the same hour its match with Rayon Sports is scheduled to get launched.

The electricity cut lasted for at least 13 minutes after which it was restored. The head coach of the South African team Mosimane get angry and orders his boy to stop the session and leave the playground.

He told one of the reporters on ground that he felt disappointed for unforeseen circumstance.

The Mamelodi Sundowns comprises of some African best players including goalkeeper Brimah Razak and Ugandan striker Denis Onyango elected as the best African player of year 2016.

Its coach told Umuseke that he learnt skills of some of key players of Rayon Sports such as Yannick Mukunzi, Kwizera Pierrot, Shaban Hussein Tchabalala, Manishimwe Djabel among others.

Mosimane said that he is ready to easily defeat its challenger Rayon Sports during the match to take place on March, 07, 2018.