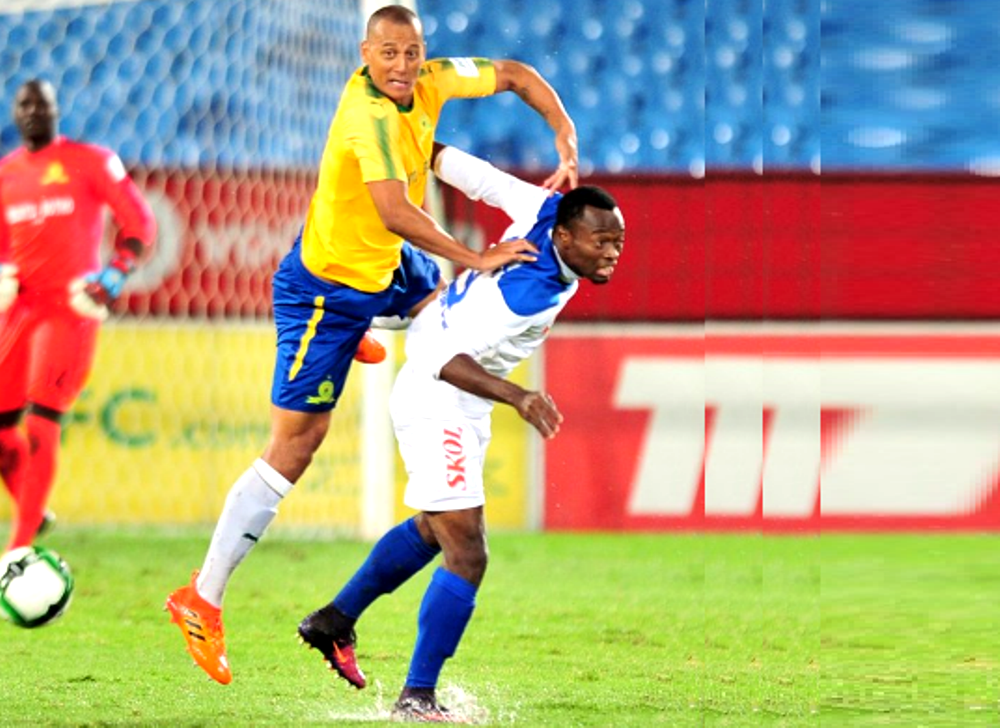 The fiery match took place in one of South African stadiums named Loftus Versfeld Stadium. The playground was very wetly thus complicating the match to both teams.’ The defeat of the Rayon Sports FC ends the hope of Rwandans to continue in the CAF champions League. The eyes are now turned towards the CAF Confederation Cup.

The first match between both teams held in Kigali ended with 0-0. The winner of the yesterday’s match is qualified to participate into the coming 1/8 finals of the ongoing CAF Champions League.

During the first minutes of the yesterday match, fans were few as the weather was rainy. The   Loftus Versfeld Stadium that is able to host not less than 51 people was relatively empty, with few fans to who faced the rain and cold.

Rayon Sports’ strikers namely Pierrot, Yannick Mukunzi and Christ Mbondi tried their best to score first but in vain as the wetly playground hindered the ball from moving first.

The Mamelodi Sundowns from South Africa made a comeback and its striker Wayne Arendse released a heavy short on target on a corner kick that Tau Percy converged into a goal using his head.

Rayon Sports’ defender Nyandwi SAdama became unable to hinder him from scoring. The first ended half time ended with one score of Mamelodi Sundowns with zero of Rayon Sports FC.

The second half time started with the strong aim of the South African Mamelodi Sundowns to score another one and this materialized at the 55 minutes when striked Vilakazi surprised the Rayon’s goalkeeper and won the second goal.

The match ended with the victory of Mamelodi Sundowns with 2 goals out of zero of Rwandan Rayon Sports.