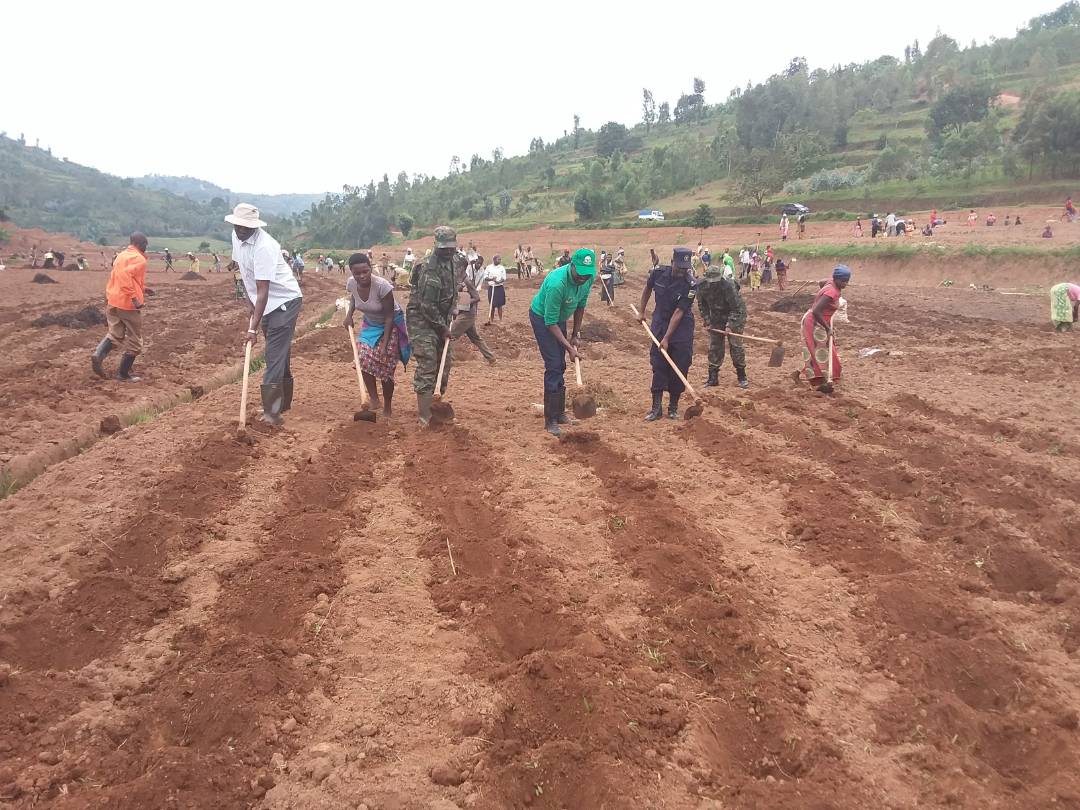 Residents of Nyaruguru district, Rusenge sector in Southern province of Rwanda are currently hopeful to harvest more Irish potatoes as a result of the recent sowing of irish potatoes in the Agatobwe marchland.

Local administrative authorities are said to have invested not less than 100 miliion Rwandan francs in rehabilitating the marchland and this gives more hope for a better future production.

Farmers told Umuseke that before the marchland was less productive due to its poor fertility.

Poor fertilizer inputs were one of the factors of poor production, some of them said.

One of them called Callixte Mana reveals that they were used to cultivate a relatively small space, without adequate fertilizers and proper irrigation mechanisms.

He added that uncoordinated farming procedures caused them to produce less.

After the rehabilitation of the marchland, we are hopeful to produce more and have enough food for our households and for the market, he adds.

The Nyaruguru vice mayor in charge of economic affairs Antoine Busizi called upon farmers to take care of the marchland.

You ought to be careful as to maintain this marchland proper. It is on your benefit to make regular sowing activities and in accordance with weather imperatives, he told them.

Singer Uncle Austin soon to write on his biography