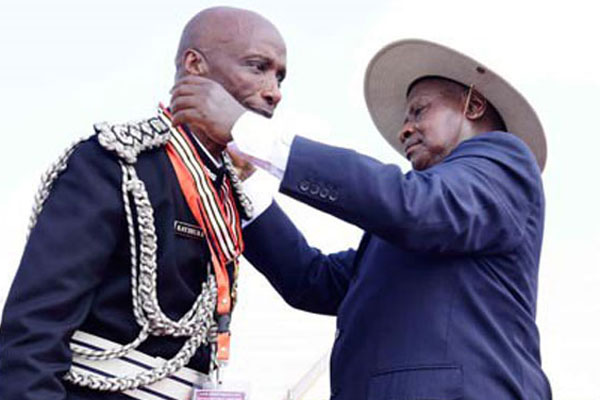 The MPs, who attended the closed-door meeting, said Mr Museveni also blamed Gen Kayihura for leaping to the defence of his juniors even when they had broken the law.

Sources said Mr Museveni was not directly asked about the plight of Gen Kayihura but he tackled the matter when responding to a question by Kampala Central MP Muhammad Nsereko about the detention of Mukono Municipality MP Betty Nambooze.

Mr Nsereko had asked why Ms Nambooze was still held by police even as her health deteriorated.

Ms Nambooze was granted police bond as MPs were still meeting the President.

Mr Museveni responded that Ms Nambooze is free to travel to India for treatment but insisted she would have a case to answer upon her return.

The President was also quoted as saying Gen Kayihura was overly depending on civilians to do intelligence for police, a tactic he said undermined formal police structures.

The legislators said Mr Museveni spoke about Gen Kayihura in a guarded manner and did not mention the charges the former police boss is likely to face.

He said the President welcomed the Opposition proposal to accommodate their views on security matters.

“The President accepted that there is need to have a platform where he can listen to our views without the members of NRM,” Mr Fungaroo said.

However, he said Mr Museveni rejected the Opposition proposal to sit on the National Security Council, fearing they would manipulate the system and wreak havoc in the country.

Mr Museveni also promised to give guards to those who feel threatened.

MPs have been complaining about threats to their lives since the controversial Constitution Amendment Bill to remove the presidential age limit.

Mr Abbas Agaba (Kitagwenda) reportedly told the President that he had seen a video circulating on social media containing threats to MPs who voted for the Bill.

Demands by legislators for security follows a surge of high profile killings with the latest being the June 8 shooting of Arua Municipality MP Ibrahim Abiriga.