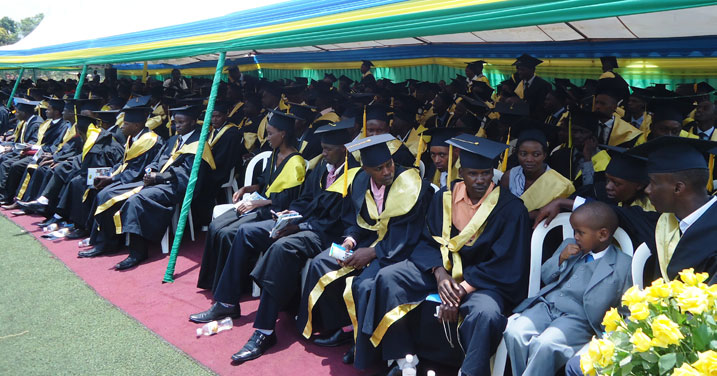 The merger of all former Integrated Polytechnics Regional Centres (IPRCs) to form the Rwanda Polytechnic is expected to enhance learning, officials have said. The move, approved by cabinet last December, is designed to enhance standards and efficiency in TVET sector, they added.

The College of Kigali (formerly IPRC-Kigali) is likely to host the headquarters of the new institution of higher learning.

In a recent interview, Jerome Gasana, the Director General of the Workforce Development Authority (WDA), explained that the reform which resulted in the merger focused on quality assurance and standards of education in polytechnics.

WDA is the body that regulates and oversees the implementation of the Technical and Vocational Education and Training (TVET) policy in the country.

“We want to continue strengthening education  quality and making sure our students get the required skills from technical schools, skills needed in the labour market,” he said.

The merger will also ensure that selection of students from level one to seven meets required standards, he added.

“When we started out, it was not easy to reach all the schools, but we are hoping to fulfill this through the merger. Availability of people providing education and monitoring what’s happening at school will be easier,” he said.

Another reason, is easier co-ordination, which has been a challenge.

The new institution currently has a combined student population of 160,000.

Noting that initially they started with only two IPRCs, he said today with more numbers it was presenting a management challenge.

According to officials, the institution will be expected to work  hand in hand with the private sector on  how to help in students placements for internships and training; especially in the  practical aspect.

It will also be expected to attract well experienced teachers.

Gasana said they want to support the Made-in-Rwanda campaign, which can’t achieve the desired outcome without having qualified trainers.

“We are going to continue making sure that at the national level, we are in touch with Private Sector Federation at district level, and that every school has one or two companies they work with [in certifying suitable courses],” he noted.

Qualified private individuals will be engaged to help in training as part of efforts to allocate at least 70 per cent of the time to practical lessons, according to the WDA head.

Pascal Gatabazi, the Principal of College of Tumba, told The New Times the merger is a positive move that’s expected to improve quality of education in the TVET subsector.

He said that what is changing is the mode of governance and management but WDA will remain with the role of quality assurance.

In terms of governance, the institutions will have a board which will give Rwanda Polytechnic the  strategic direction, which, according to Gatabazi, has been missing.

He said they expect better quality services and improved networking at the country level.

During the transition, Rwanda Polytechnic, according to Gasana, will be headed by director general of WDA and a vice chancellor.

Its operationalisation is subject to a prime minister’s order which Gasana said is expected within about two weeks.

Once the new legal instrument is in place, substantive leaders of the new institution will be appointed.

TVET has been primed to play a leading role in Rwanda’s development and the government targets to have 60 per  cent of students graduating from nine-year basic education enrolled into TVET schools.

The number of TVET schools grew from 63 in 2011 to 392 of which 64 per cent are privately owned, according to WDA figures released last year.

Oil at highest since mid-2015 amid Iran tensions, tighter market