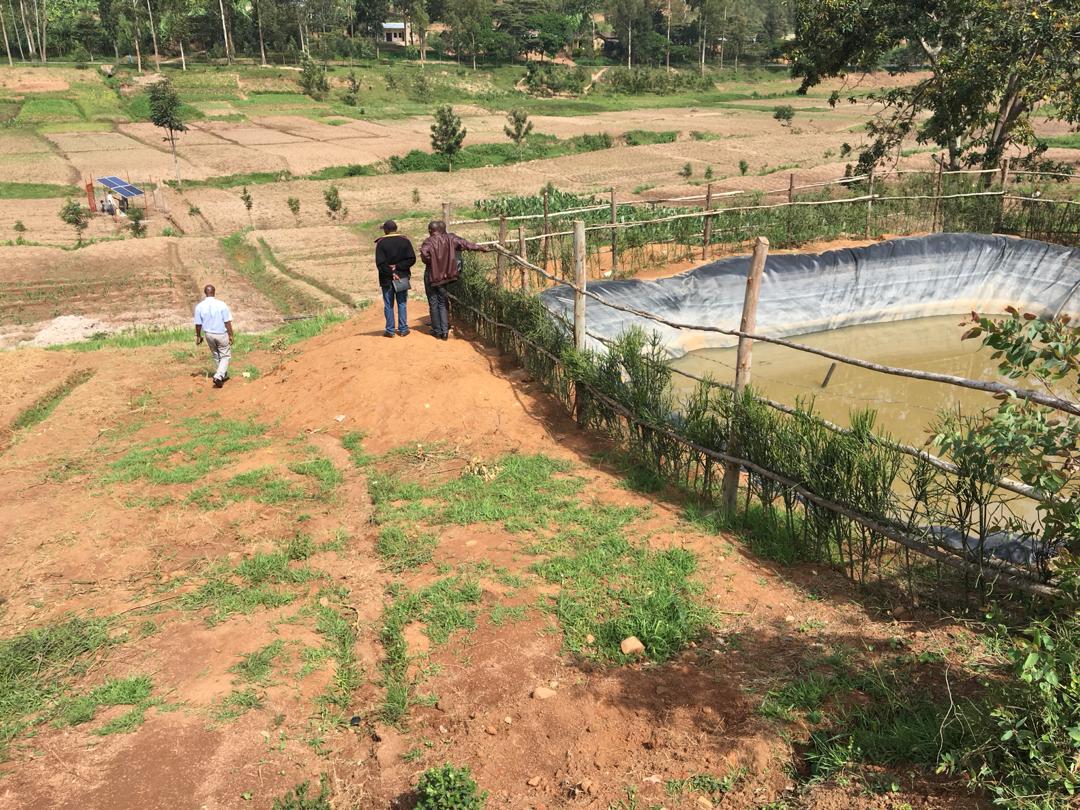 Farmers from Kamonyi district, Musambira Sector were instructed on the benefit of water irrigation using solar power powered machines. The training on this matter was provided by agents from an international NGO called Energy for Impact in collaboration with the Rwanda Development Organization.

According to Eric Ruzigamanzi who is the manager of this ongoing solar energy based irrigation project said that sun light that provides the solar power is a useful, harmless and everlasting source of energy that each farmer should utilize.

He called upon locals to strive to understand how this new technology works so to apply it in their daily farming activities.

Ruzigamanzi said that solar power is used across many African nations that are relatively arid. He added that it enables them to pump enough water to further use it in irrigating fields.

The solar energy is increasingly becoming a universal source of renewable energy, he told villagers.

He thanked project partners who strive to make it a success through different inputs.

Pinpointing the importance of this technique, Eric Ruzigamanzi informed them that these machines help farmers to irrigate in all three agricultural seasons.

The Executive Secretary of the Rwanda Development Organization Eugene Rwibasira added that such a project fits in the governmental policy that is to increase agricultural production through regular irrigation.

He reminded farmers that Rwanda government has provided them with a financial package to assist them in buying fertilizers or other items for more agricultural productivity.

Rwibasira told the gathering that once one has purchased those machines for irrigation, he/she spent many years harvesting from the investment.

The machine is powered with a solar panel that captures sun light, sends it to a receptor that transforms it into energy to pump water and irrigate the soil.

Director of Agricultural Activities in Kamonyi district Justin Mukiza called upon locals to wisely take care of these machines as to benefit from them for long time.

You should not mistreat such useful tools that are useful and expensive at this level, he told them.

They were also worried about a relatively high price of an individual machine.

Regarding the fact of knowing whether high altitude situated fields would be irrigated using this new technology, technicians from both NGO responded that this will be possible as machines have different pumping capabilities.

As the philosophy is to bring together between 4 to 8 persons and help them to buy these machines, there would no worries about the pricing.

This project will be fully implemented in districts such as Nyagatare, Gatsibo, Kirehe, Bugesera, Kamonyi, Muhanga and Gisagara.