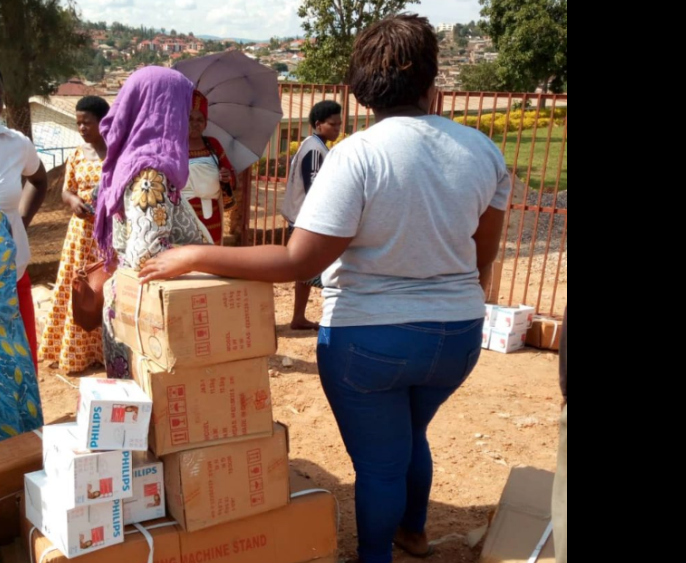 The former street children vowed to use the knowledge they got from month’s long training as to become self-sustained through developing businesses related to varying arts.

These arts include cooking, automobile mechanic, and sewing, among others. They have been trained by the Huguka Dukore project under the management of USAID and Akazi Kanoze Access, which is a program of EDC project.

At least 41 young people who underwent that training were handed with certificates to testify their knowledge on the above mentioned professions. They are part of 40 000 people that the project targets.

This project that started in 2016 will end its activities on 2021. The project manager of Kanoze Access Twagizihirwe Valens said that the project has trained at least 21 000 since its inception and over 5000 among them have got jobs.

The most targeted group concerns young people who dropped out from schools and who are between 18 and 30 years of age, he said.

He underlined the fact that since 2016, not less than 60% of people who benefited from the program are currently productive in different carriers.

One of the beneficiaries who graduated yesterday named Nsengiyumva Jean Claude retaliated his sad past where he has been enduring hardships related to being a street child. He said that the training enabled them to become polite people who are read to become productive citizens.

Nsengiyumva added that knowledge he got from that training will be great importance for his future as he will use it to generate incomes.

Ngabonziza Germain who is the Headmaster of the Gacuriro TVET School where the trainees have graduated from, said that those ones have tangible skills to use in order to start income generating activities in their respective neighborhoods.

He added that some of them have set up cooperatives.

Some of these small businesses include garages, hair cut saloons… Those 40 who graduated yesterday were given first hand kits to help them start businesses.

All these tools are worthy 14 million Frw.