Ethiopian PM pushes for unity after months of ethnic violence 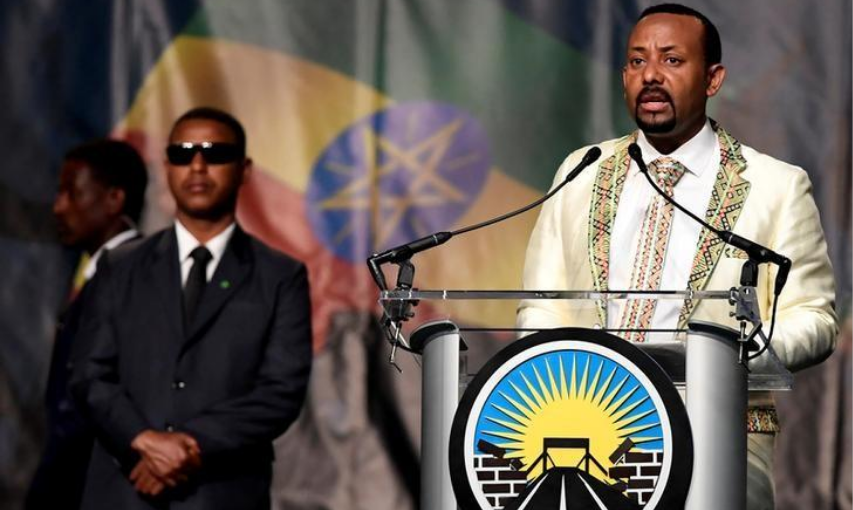 Ethiopia’s Prime Minister Abiy Ahmed told members of his ruling coalition that “an attack on one is an attack on all” on Wednesday as he pushed for unity after months of ethnic violence.

Abiy has presided over a series of jolting political and economic changes since coming to office in April – making peace with arch-foe Eritrea, freeing political prisoners, pledging to open up the state-controlled economy and promising to overhaul the security services.

But the reforms have not stopped ethnically-charged violence that has escalated since he was named premier – including in his own native Oromiya region where protesters first took to the streets in 2015 over perceived marginalisation by the state.

“If we are see a developed Ethiopia, we should not commit violence on the basis of ethnicity or religion,” he told about 1,000 delegates at the congress of Ethiopian People’s Revolutionary Democratic Front (EPRDF) in the southern city of Hawassa.

Abiy has promised to push for reconciliation and allowed the leadership of the separatist Oromo Liberation Front (OLF) – previously outlawed as a terrorist organisation – as well as the opposition group Patriotic Ginbot 7 to return from exile.

But the fighting has continued. Clashes about 150 km (90 miles) from Hawassa between two ethnic groups, the Oromos and Gedeos, have forced nearly a million people to flee their homes since Abiy took power.

Last week, more than 70,000 people – mostly ethnic Oromos – were targeted by members of other groups in the western state of Benishangul-Gumuz, regional officials said.

Abiy, the first leader from the Oromo ethnic group in Ethiopia’s modern history, used his speech to praise past leaders as he sought to reassure the coalition after his changes.

“A country develops through transitions and a handover of leadership. The new generation should not blame the old generation but be grateful for their achievements and sacrifice,” he said.

“It is not about wiping out history – a history that has brought us here,” Abiy told the audience, many of them wearing T-shirts and hats emblazoned with the logos of the four ethnic groupings in the EPRDF. There was scattered applause through his remarks in a large conference hall.

The 42-year-old former army officer who speaks three Ethiopian languages has delighted many in the country and among its Western backers by ending the military standoff with Eritrea.

But there were signs the rapid changes had caused misgivings in some quarters.

Two people were killed and scores wounded in a grenade attack on a rally attended by Abiy in June. [nL8N1WE34G]

The Tigrayan People’s Liberation Front, an ethnic Tigrayan movement that had dominated the EPRDF until Abiy’s rise and led the fight against Mengistu, initially warned against making concessions to Eritrea.

Abiy took over after street protests forced the resignation of the last prime minister, Hailemariam Desalegn, in February. Wednesday’s congress was the party’s first since the unrest started to spread in 2015.

UN Security Council heads to DR Congo ahead of polls