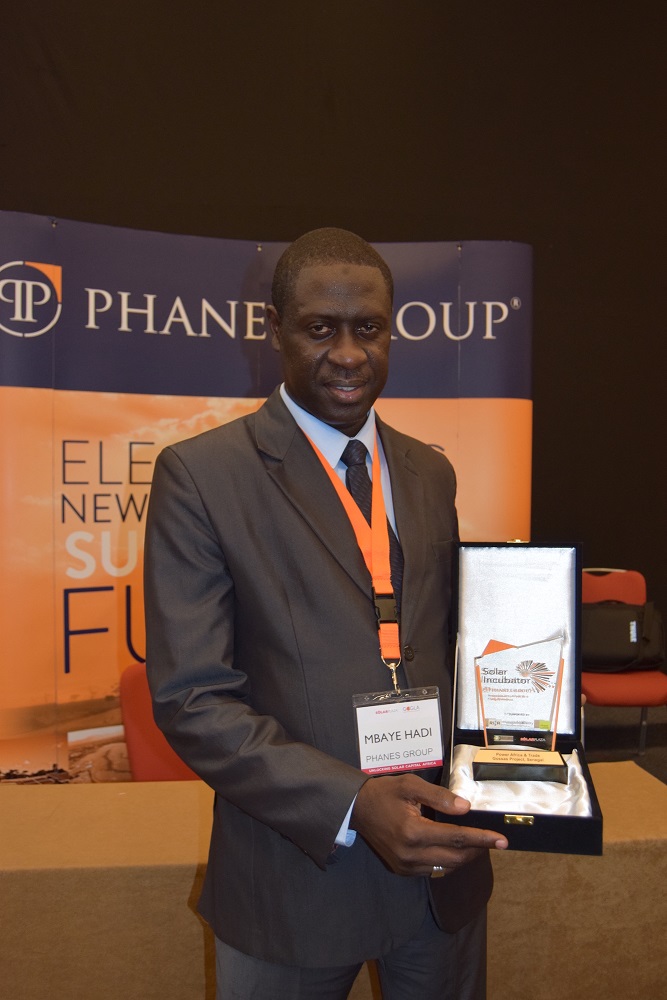 During an event that took place on 12, November, 2018, in Kigali, Rwanda, the Phanes Group, an international end-to-end solar provider headquartered in Dubai, UAE, has announced Mr. Mbaye Hadj and his Gossas Solar Farm Project (30 MW) as the winner of the second edition of its Solar Incubator.

The announcement was made at the “Unlocking Solar Capital: Africa” conference in Kigali, Rwanda, where three finalists presented their proposal to a panel of international industry experts from responsAbility, ECREEE, Hogan Lovells, Phanes Group, RINA, and African Development Bank.

“We are proud to announce Mr. Hadj as the winner of this year’s Solar Incubator. It was a difficult decision as we received a strong response of project proposals with the potential to positively impact their communities. Our experience now in the second year of the incubator encourages us to continue with this initiative because there is a great deal of local talent on the continent who have the potential to benefit from such a platform,” said Andrea Haupts, COO of Phanes Group.

Maintaining a long-term stake in the project, Mr. Hadj and Phanes Group will work collaboratively, aiming to bring the solar energy project to financial close.

The Solar Incubator phase will kick off with an intensive face-to-face workshop for Mr. Hadj in Dubai, UAE, where he will work with Phanes Group’s team and its incubator partners to set the foundations to deliver a bankable project.

During that phase,  Mr. Hadj will gain access to commercial and technical know-how covered by experts from project finance, project development and execution, legal and CSR, followed by further remote mentoring sessions in the succeeding months.

“Ultimately, Mr. Hadj’s project convinced the evaluation panel not only with its strong CSR component but also with his knowledge and commitment to the region where he hails from. We believe in Mr. Hadj’s determination to bring his project to life in a challenging market environment, where our expertise and training can make a difference,” Mrs. Haupts added.

“We look forward to welcoming him to Dubai, and want to encourage the other candidates to keep persevering in bringing their proposals to fruition, as everyone would have deserved to win.”

The goal of the Phanes Group Solar Incubator, held under the theme, “Your Project, Our Expertise, For a Sustainable Future,” is to provide access to commercial and technical knowledge, and eventually funding, to promising PV projects in sub-Saharan Africa, and to help entrepreneurs overcome obstacles that could prevent solar initiatives from reaching fruition.