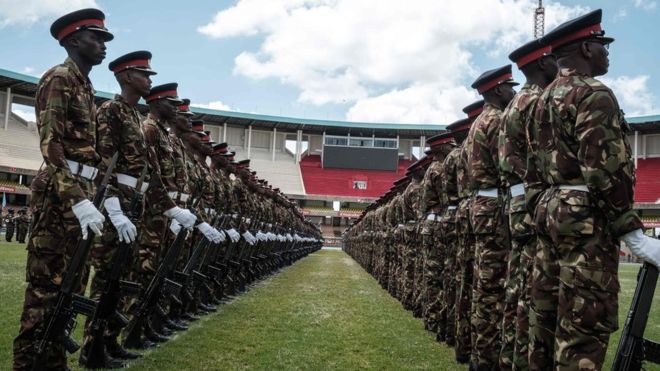 Security has been stepped up in the Kenyan capital, Nairobi, ahead of the inauguration of President Uhuru Kenyatta for a second term in office. More than 20 heads of state or senior ministers are expected to attend.

Opposition leader, Raila Odinga, who boycotted a re-run of the presidential poll, has called for a protest rally, despite a police ban.

August’s presidential election was annulled by the Supreme Court over what it called “irregularities”.

Organisers are expecting about 60,000 people to fill the venue and giant screens have been set up outside for those unable to get in.

President Kenyatta’s deputy, William Ruto, will also be sworn in.

The Kenyan opposition coalition has called on its supporters to boycott the inauguration and instead hold a rally in memory of people killed in clashes since August’s election.

The police have warned the coalition against holding the event.