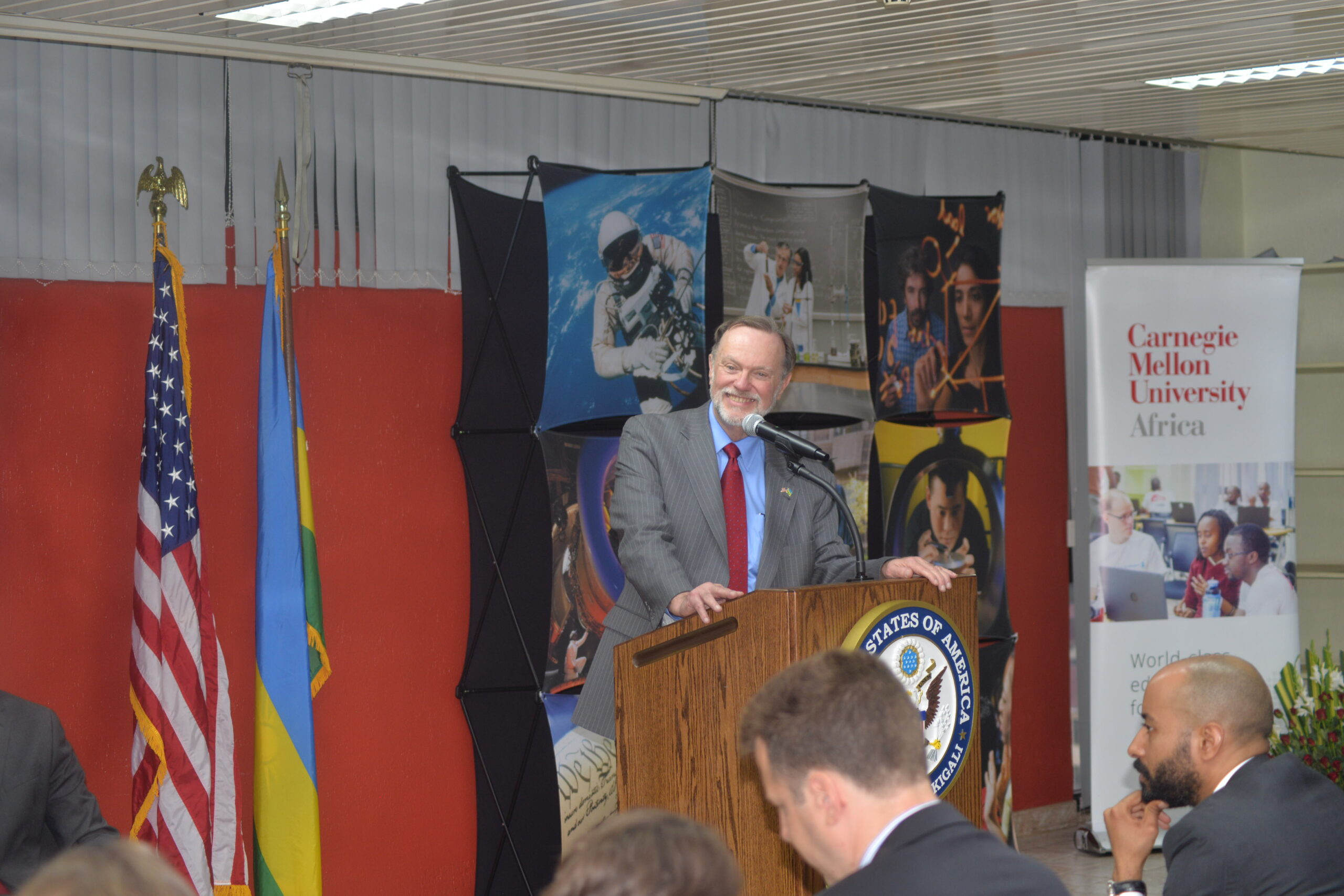 The United States Assistant Secretary of State for African Affairs, Tibor Nagy, has underscored that USA didn’t remove Rwanda from African Growth Opportunity Act (AGOA) but that the suspension may not end unless the latter backtracks towards the allowance of second hands.

Following his meeting with President Kagame on Sunday, Nagy attended the talk organized by US Embassy in Rwanda which was held in the Carnegie Mellon University Africa in Kigali on this Monday.

One of the students asked him why USA claims to support Africa’s economic turnaround while the former fights against the decisions that may dramatically lead to the development of the latter’s industrialization. He mentioned the example of Rwanda, removed from AGOA after banning second hand garments in a bid to boom locally made products.

“Every country makes decision, Rwanda made a decision but I hope they will change their mind. That’s why we didn’t remove Rwanda from AGOA but we suspended it. So, let’s keep negotiating,” Nagy responded.

Nagy, who, during the talk, didn’t say anything about the fruits of the meeting he had with Kagame, said Rwanda and US will continue to build their relationship upon mutual respect, transparency and collaboration and that the former will continue to support Rwandan government.

“We are bringing on board private Rwandan and American companies and investors, in partnership with government, to help Rwanda work toward self-reliance,” added the secretary.

Apart from investing in health sector and others, Nagy pinpointed that USA is keen to inject the money in education, as it is the best way to invest in the future.

“Nothing better illustrates the strength of the U.S.-Rwandan partnership in education than establishment of Carnegie Mellon University’s (CMU) Africa presence in Rwanda,” He said.

Robert Ebo Armah Sekum, a Ghanaian Carnegie Mellon University student, says they are privileged to attend the talk and that for him he got to through and through understand the diplomatic relations between US and Africa. ff

President Donald Trump suspended Rwanda from AGOA last year in March giving her the deadline of two months for the corrective response.

Rwandan government said the removal had to do nothing with its policy that is geared towards the development of ‘Made in Rwanda’ Program.

After meeting Kagame on Sunday, Nagy said they had discussion on how to expand both countries’ trade and investment partnership and advance regional peace and security.

He came in Rwanda coming from Uganda where he told the press that his visit to both countries doesn’t aim to sort out their ongoing conflicts and tensions.

“This is obviously an issue to be decided by the two countries themselves,” he said

For him, President Kagame and his Ugandan counterpart Kaguta should work to resolve their differences and end the ongoing diplomatic row.