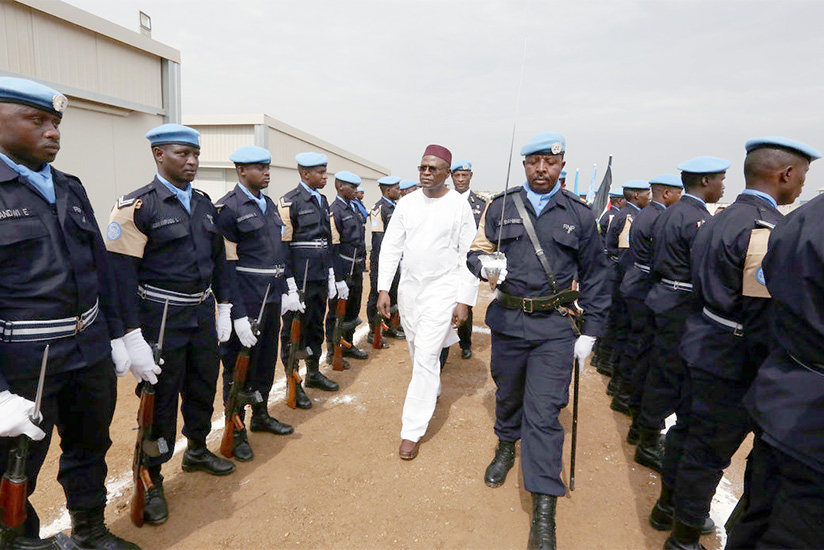 A total of 183 Rwandan police officers, including 30 women, were on Monday awarded UN medals for their diligence and dedicated service under the United Nations Mission in South Sudan.

“Your work has had a positive impact on the lives of tens of thousands of South Sudanese civilians,” Moustapha Soumaré, Deputy Head of the peacekeeping mission, said in a statement received by The New Times.

He presented the medals on behalf of the UN Secretary-General.

They have all been based in the capital Juba, where their main tasks have been city patrols and public order management in the UN mission’s protection sites for civilians seeking shelter, according to the statement.

In total, Rwanda has about 2,600 uniformed personnel, police and troops, in South Sudan.

Inspector of Police Maurice Nyierema, one of the medal recipients at the ceremony, said his decision to serve as a peacekeeper was informed by Rwanda’s history (of the 1994 Genocide against the Tutsi).

“What happened in Rwanda makes my conviction stronger that we cannot allow something like that to happen ever again, in any place of the world,” he said.

He also stressed the importance of having female police officers serving in the peacekeeping mission in South Sudan.

“They allow us to do a better job because we are working in an area [the protection sites] with many women and children. Female officers have a greater sensitivity when it comes to issues particular to women and can identify with them as fellow sisters.”

Participants were also treated to an extended cultural performance, including singing, drumming and dancing.