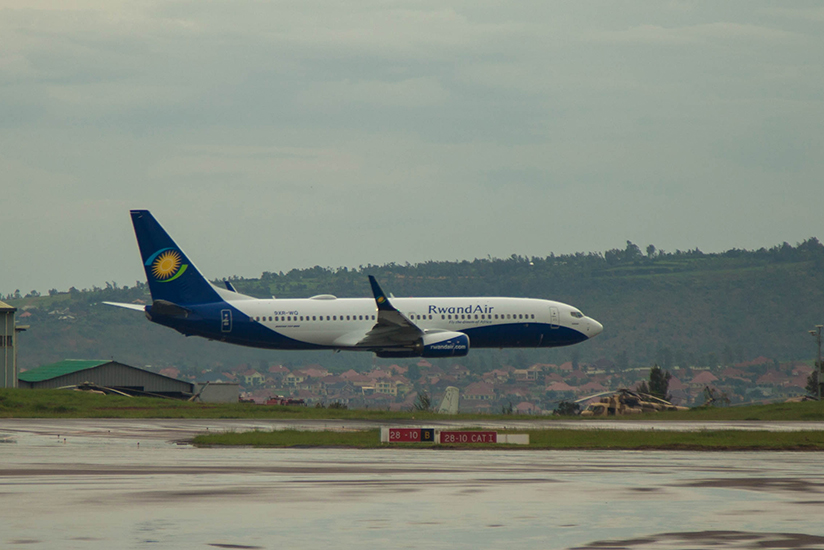 RwandAir, the national carrier, is set to expand its wings to Abuja in Nigeria and Cape Town in South Africa. According to airline officials, RwandAir will operate four weekly flights from Kigali to Cape Town with a stopover in Harare, Zimbabwe.

However, the officials did not give timeframe during which they intend to start flying to the new destinations, but hastened to add that this will not take long.

The Abuja route will be tagged to the existing Accra destination, where the flight will stop in Abuja before heading to Accra in Ghana and is expected to be operated four times a week.

“This is yet another big milestone for RwandAir as we continue to expand our network. Our aim is to provide our customers with seamless and better connections on the continent and beyond,” said Chance Ndagano, RwandAir’s acting chief executive.

According to Ndagano, destinations to Abuja and Cape Town will help boost the economies of the three countries in terms of tourism and trade on one hand, and enhance bilateral partnership between Rwanda, Nigeria and South Africa.

The two additional routes will take the national carrier to 26 destinations.

The IOSA certified airline was recently recognised as one of the safest and best on time performer by world aviation body, the International Air transport association (IATA).

RwandAir was recently granted fifth freedom right by Nigerian authorities to fly without any limitations along Abuja-Yaoundé route in West Africa.

This bilateral airspace service agreement means that RwandAir is now able to operate another route into Nigeria to Abuja.

Meanwhile, traders have welcomed the move by RwandAir to start operating these two new routes calling it an opportunity to further boost intra-regional trade.

“The new routes mean that we, as exporters, can now move our goods to these new destinations much more easily but also be able to forge trade deals with our counterparts in both Abuja and Cape Town,” said Ritha Ngabire a Kigali based trader.

The Rwandan carrier is also planning to launch flights to New York in the US and other Asian destinations, including China soon.

On the African front, the airline plans to introduce routes to Conakry in Guinea, Bamako in Mali as well as Dakar, Senegal and Addis Ababa in Ethiopia

Other planned destinations include Lilongwe in Malawi and Durban in South Africa.

The airline carried more than 650,000 passengers last year and projects to transport over three million travellers in the next five years.