Rwanda to get archives centre 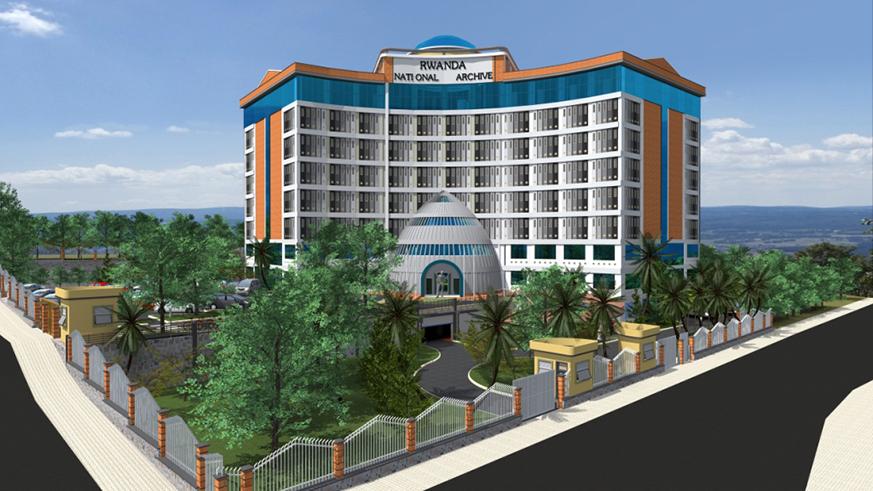 Construction works have started for the National Archives Centre, a facility that will be the central point of reference for the country’s records. The archives centre, which is being built in Kacyiru below Rwanda Broadcasting Agency, is set to be ready by May 2020 if the proposed plan is anything to go by.

The construction work has moved as far as 22 percent according to Boothalingam Subramanian, the project manager from Fair Construction Ltd, the contracted builder.

During a site tour, Subramanian said that “everything is going right and we hope end right to time.”

The facility will accommodate the Rwanda Archive and Library Services Authority (RALSA) according to Fulgence Dusabimana, Acting Division Manager of Government Building design and Construction Division at Rwanda Housing Authority.

The building will among other things address the issues of file keeping in the country and cut the cost of renting RALSA has been incurring annually.

“We have archives scattered in different places and the central archives is renting their premises. Previously we have had issues where offices have moved from one place to another and key public documents are misplaced. That’s one of the issues that will be addressed by this facility” Dusabimana said.

He added, “We have had incidents where one goes to a public office to ask for a 10-year old file and they fail to find it either because someone who handled it is no longer there or offices moved and files were misplaced.

“This central building will ensure that the national archives – digital, automated and hard copy files – are permanently stored in one place.”

The facility will have 10 stories and will among others host a research center and historical library, exhibition and computer laboratory, reprographic service room, electronic and digitalization records sections and cafeteria among others.

The facility covers a total area of 15671m2 and it is located at the former agriculture ministry offices, right next to Kacyiru Sector offices in Gasabo District.

The building whose construction started last year will cost Rwf10 billion and it will be financed in three fiscal phases according to Dusabimana.

Experts recently challenged RALSA on modern archiving standards, arguing that no country can fully achieve a knowledge-based socio-economic status if its archives are not well-preserved using modern technologies.

If that is anything to go by, the state of the art national archive center will go a long way in boosting the state of keeping government archives and how that can help Rwanda to elaborate how the country could effectively collect its records and keep them for future generations.

According to the Ministry of Sports and Culture, the national library had lost almost 100 per cent of its collection during the 1994 Genocide against the Tutsi.

Today, 44,500 documents from the colonial period, digitalised and in physical form, are in the national archives.

Currently, through the national archives, an estimated 5,250,00 pages have been electronically reviewed, properly filed, scanned and indexed.