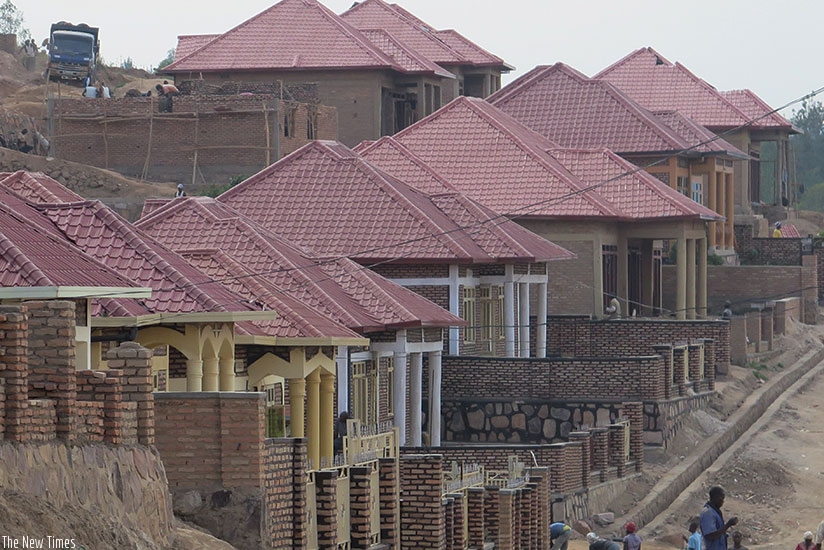 Rwanda’s efforts to ensure data-based and sustainable urban development have been boosted by a new multimillion project that seeks to promote inclusive and pro-poor policies.

The one-year $400,000 (over Rwf344.8 million) research project is targeting to assess existing policies and studies on urbanization issues to help policy-makers and implementers identify policy gaps and find ways to address them so as to facilitate inclusive and pro-poor laws.

According to Prof Tade Aina, the executive director of the Partnership for African Social and Governance Research (PASGR), Nairobi, Kenya-based non-governmental organization, is running the project that is being implemented in six African cities in Rwanda, Kenya, Ethiopia, Nigeria, South Africa and Angola.

Prof Aina said in an interview that the ‘Urban Governance and Turning African Cities’ project will serve as an evidence background paper to discuss on relevant policies to guide policy-formulation in the six countries.

“Therefore, the project will help bridge the gap between researchers and policy-makers, administrators who are the implementers of these policies,” he said.

In Rwanda, the Institute of Policy Analysis and Research Rwanda (IPAR Rwanda) will spearhead the project, which will assess socio-cultural aspects of residents facing resettling, as well as housing decisions, and impact of urbanisation on food security, officials said. They added that it is important to draft policies that guide urban development and food security because urbanisation threatens agricultural land.

The researchers will also focus on the impact of poor waste management on public health, giving incentives to the private sector in urban development and affordable houses, as well as effective management of public transport.

According to Aina, this initial study will also look at urban governance, adding that Rwanda and Angola’s challenges with affordable housing will be examined, while in Johannesburg and Lagos, they will look at the cities’ rapid transit systems, and also assess Nairobi’s investment in roads and bridges.

“The research project aims at assessing whether the existing studies and policies create inclusive and just cities. Remember, you can have money, but fail to solve issues of inclusivity during infrastructure development. Therefore, the research seeks to ensure that, for instance, cities always consider social protection systems,” he said.

He said Kenya is working with PASGR to draft a social protection law, adding that Nigeria is looking at inclusive growth and agribusiness, legislative studies and ensuring inclusiveness in youth employment.

Eugenia Kayitesi, the executive director of IPAR Rwanda said reviewing the existing policies on urbanisation, the local forum will assess whether Rwandans are happy with current policies.

“This way, we will be able to detect policy gaps and guide in how to address them,” she said.

Kayitesi also noted that the poor and vulnerable groups are always excluded from or ignored during policy formulation.

“There are gaps between poor and well-to-do residents in terms of access to social, economic and political opportunities, and in their ability to participate in and leverage benefits associated with urbanisation,” she said.

Meanwhile, Kayitesi has urged real estate developers and the housing authority to collaborate with researchers to better understand the needs of the community basing on current data. She is optimistic that when researchers and public policy actors work together, most of the challenges that arise due to urban development can be solved.

Edouard Kyazze, the head of urbanization, human settlement and housing development division at the Ministry of Infrastructure, emphasized the need to promote social and cultural aspects in urban development.

The official added that implementers of the country’s model villages have just learned that people living there “do not feel they have privacy when resettled in two-in-one houses”.