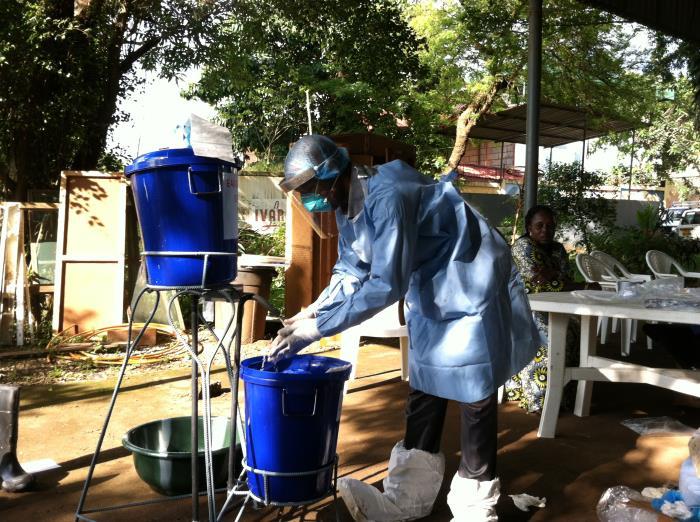 Only 414 km distancing Kigali and DRC districts where Ebola is roaming and claiming lives. More terrifyingly it is only 240 km from Beni to Rubavu. Rwanda proves it’s ready to prevent Ebola virus from out breaking in the country.

Dr Zuberi Muvunyi, Director of Clinical and Public Health in the Ministry of Health says Rwandan government has all needed to protect its citizens and that strong mechanisms have been put in place.

As yet, no single vaccine for Ebola is released  and it’s revealed at least half of infected ones loose  their lives.

Talking to media directors, chief editors, Pax press and health organizations, on this Tuesday, October 30, 2018, Dr Zuberi said the ministry will make sure Rwandans are not contaminated and it will provide emergent treatment in case one shows signs.

Dr. Zuberi says he has been being questioned whether Rwanda is ready since Ebola virus sneaked in Beni.

“From the time it was confirmed that Ebola broke out in Beni, Northern Kivu (Eastern Congo), I’m always asked such a question (if we are ready) … Rwanda is ready to fight against Ebola and I’m sure we even have security forces who can back up. However we do what we are expected of,” D. Zuberi answered an American fellow working for one of the research organizations in US.

He underscores that there is a rapid response team trained, including police, red cross volunteers, doctors, local leaders and many stakeholders.

“There are three Ebola treatment centers. They are built in Rugerero (Rubavu District), Nyarushishi (Rusizi District) and the third in Kigali,” he added.

He says Rubavu center is ready at 90% adding that since it broke out in RDC, all those entering the boarder are tested Ebola signs.

On Monday, October 29, 2018, the Ministry of Health, Red cross volunteers and police, were all brought together in the training geared towards the way to treat one infected by Ebola.

The same training was also held at Rwanda Military Hospital and it will be conducted in Rubavu as well.

Stephen Hawking’s final theory on black holes has been published