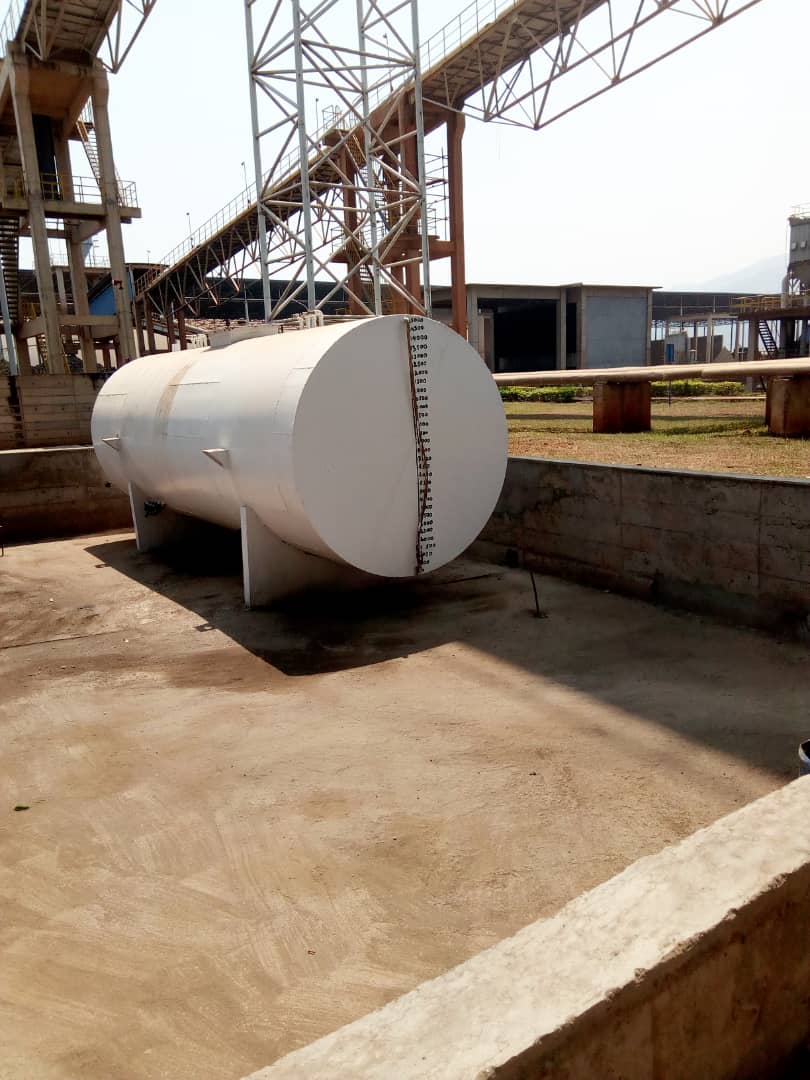 The Government of Rwanda through the Rwanda Environment Management Authority (REMA) on Friday 17, August, 2018 started the incineration of Polychlorinated Biphenyls (PCBs), harmful oils used in transformers  at the cement kilns of CIMERWA, a Rwandan cement manufacturer located in Rusizi District, Western Province.

The incineration of PCBs oil is part of Rwanda’s efforts to manage and phase out Persistent Organic Pollutants (POPs) including Polychlorinated Biphenyls (PCBs) which are toxic to both humans and wildlife and remain intact for many years.

The incineration initiative has been funded by the Global Environment Facility (GEF) and the United Nations Development Programme (UNDP) through the ‘Management and Disposal of Polychlorinated Biphenyls (PCBs) in Rwanda’ project.
This project is managed by REMA in partnership with the Energy Utility and Corporation Ltd (EUCL).
“We are working hard to reduce and eliminate hazardous waste to protect the environment and our people. Pollutants like PCBs are very harmful to wildlife and human health and we need to reduce the risks associated,” said Eng. Coletha Ruhamya, Director General, Rwanda Environment Management Authority.
Rwanda follows Morocco to become the second country in Africa to undertake the incineration of PCBs.
Approximately 50 metric tons of PCBs contaminated oil are expected to be incinerated. The incineration of the 50 metric tons of PCBs oil which kicked off yesterday will take around 6 days to complete.
The PCBs contaminated oils were collected from 96 transformers.
An inventory of transformers contaminated with PCBs in Rwanda, conducted by REMA in 2014, showed that from the 2,344 transformers in service and 182 transformers in storage, only 100 transformers are contaminated with PCBs.
Of the 100 contaminated transformers inventoried, 96 transformers contaminated with PCBs oil were drained and fully cleaned of PCBs oil. The 4 remaining transformers contaminated with PCBs will be cleaned of PCBs oil soon.
Through the GEF-UNDP funded project on ‘Management and Disposal of Polychlorinated Biphenyls (PCBs) in Rwanda’, REMA has developed technical guidelines to avoid cross contamination of PCBs oil during transformers decontamination.
1113 people from public and private institutions as well as NGOs have been trained on the harmful effects of PCBs to human health and the environment and how to avoid risks linked with PCBs oil and contaminated equipment.
A technical team from REMA and other stakeholders (CIMERWA and EUCL) have been also trained on the safe drainage, decontamination and elimination of PCBs contaminated oil.
About Polychlorinated Biphenyls (PCBs)
PCBs are a type of Persistent Organic Pollutants (POPs) which are very toxic to humans and wildlife. Exposure to Polychlorinated Biphenyls (PCBs) has been demonstrated to cause environmental and health effects including cancer, as well as a variety of other adverse effects on the immune, reproductive, nervous, and endocrine systems.
Due to PCBs’ environmental toxicity and negative effects on human health, its production was banned by the United States Congress in 1979 and by the Stockholm Convention on Persistent Organic Pollutants (POPs) which was adopted in 2001 and entered into force in 2004.
The convention requires its parties to take measures to eliminate or reduce the release of POPs (including PCBs) into the environment. In Rwanda the main source of PCBs is transformer oil.
About Persistent Organic Pollutants (POPs)
Persistent Organic Pollutants (POPs) are organic chemical substances that are carbon-based.
Currently more than 23 chemicals are listed as POPs, mainly: Polychlorinated Biphenyls/PCBs (industrial POPs), Lindane, Chlordane, Aldrin, Endrin, DDT (Pesticides POPs used in Agriculture and public health), etc.
In its efforts to manage POPs including Polychlorinated Biphenyls (PCBs), Rwanda ratified the Stockholm Convention in July 2002 and developed the National Implementation Plan (NIP) of the Stockholm Convention in 2007, which was updated in 2016 and outlines the National Actions Plan for the management of POPs in the country.