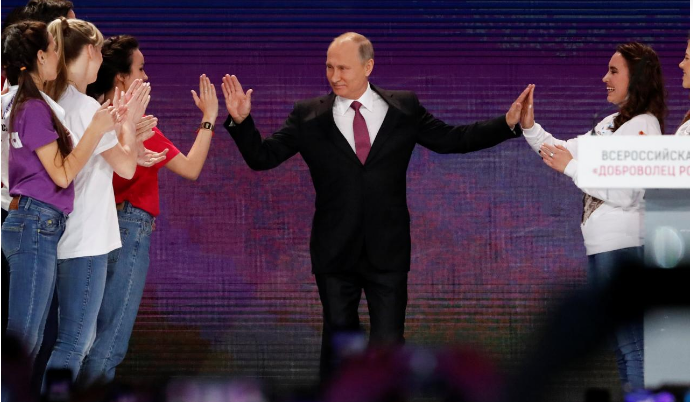 Russian President Vladimir Putin said on Wednesday he would decide very soon whether to run for re-election next year, something he is widely expected to do and comfortably win.

Putin, 65, has been in power, either as president or prime minister, since 2000. If, as expected, he contests and wins what would be a fourth presidential term in March, he would be eligible to serve another six years until 2024.

In a glitzy event in Moscow attended by young people, a host asked Putin if he would be running for re-election in March.

The Russian leader, who polls regularly show enjoys a popularity rating of around 80 percent, asked the audience if they supported him running in the elections. “Yes,” the audience shouted back, applauding him loudly.

“And when taking it I will of course take into account our conversation today and your reaction.”