Remains of over 500 Genocide victims buried in Kicukiro 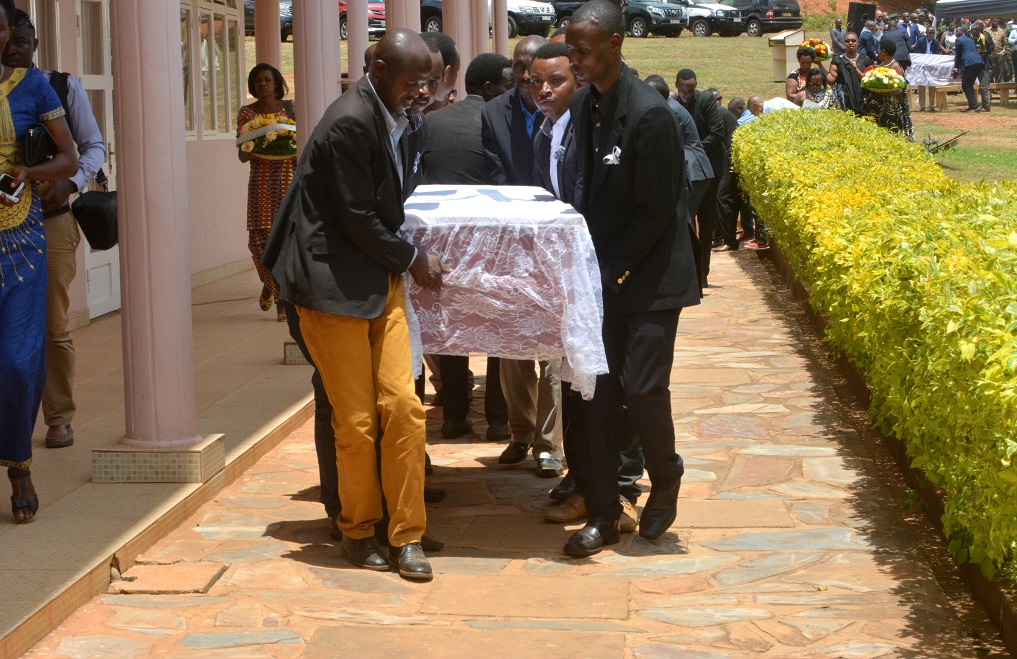 Remains of 547 victims of the 1994 Genocide against the Tutsi were Thursday given a decent burial at Nyanza Genocide Memorial Centre in Kicukiro District.

The remains were accidentally discovered and exhumed from a mass grave at the edges of Kanombe military barracks, in Nyarugunga two weeks ago. The place where they were found used to serve as a shooting range by the pre-Genocide army.

Nyanza Genocide Memorial Centre, contains remains of 11,000 Tutsi. Most of them were those who had taken refuge at Ecole Technique Officielle (ETO) grounds (the current IPRC-Kigali) only to be slaughtered by the militia following the withdrawal of UN peacekeepers.

Speaking at the event, Jean Damascène Bizimana, the Executive Secretary of the National Commission for the fight against Genocide, criticised people who still refuse to reveal the whereabouts of victims’ remains.

“After 23 years, some people cannot still point out the whereabouts of those who perished in the Genocide; this is an indication that some people still harbour genocide ideology.

He added that it was a crime to conceal the location of remains of victims of the Genocide.

“People know where the remains of the victims are, those who killed them, where they were taken and how they died, but still keep quiet. It shows that some still have genocide ideology”.

Witnesses say that even before the Genocide, soldiers used to take the Tutsi to the barracks and kill them, accusing them of being accomplices of Rwanda Patriotic Front (RPF-Inkotanyi).

One of the survivors of the barracks killings, Martin Mutabazi, said the soldiers also used to train Interahamwe militia at the site of the mass grave. 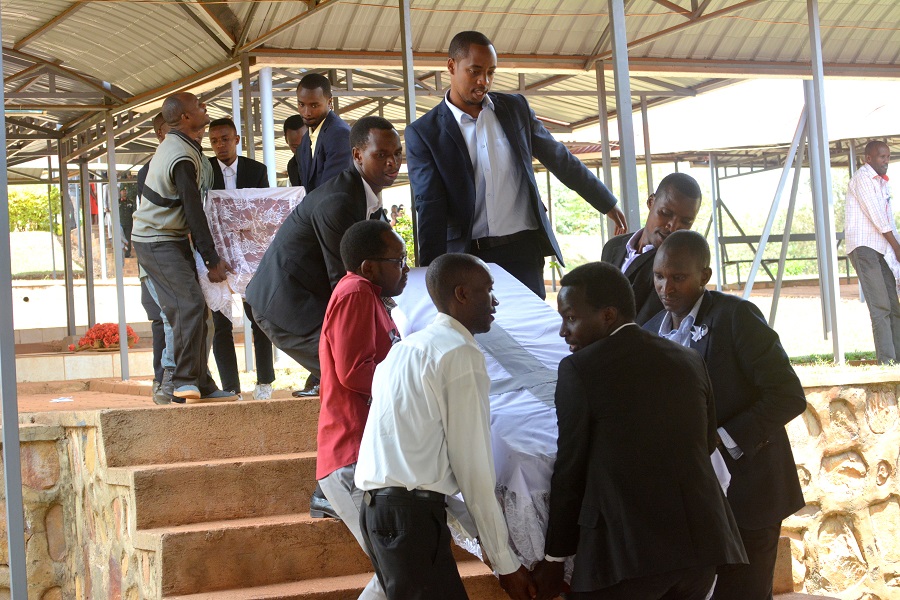 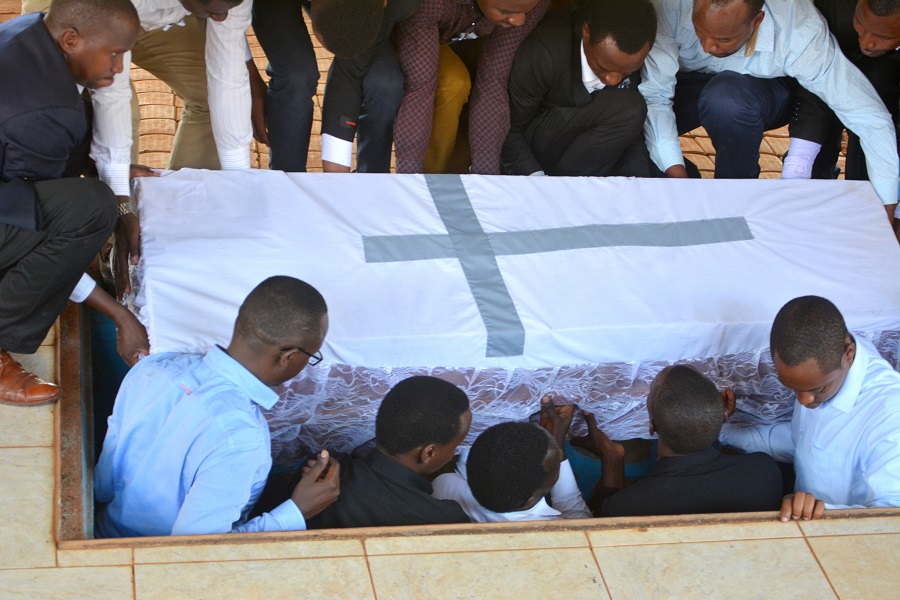 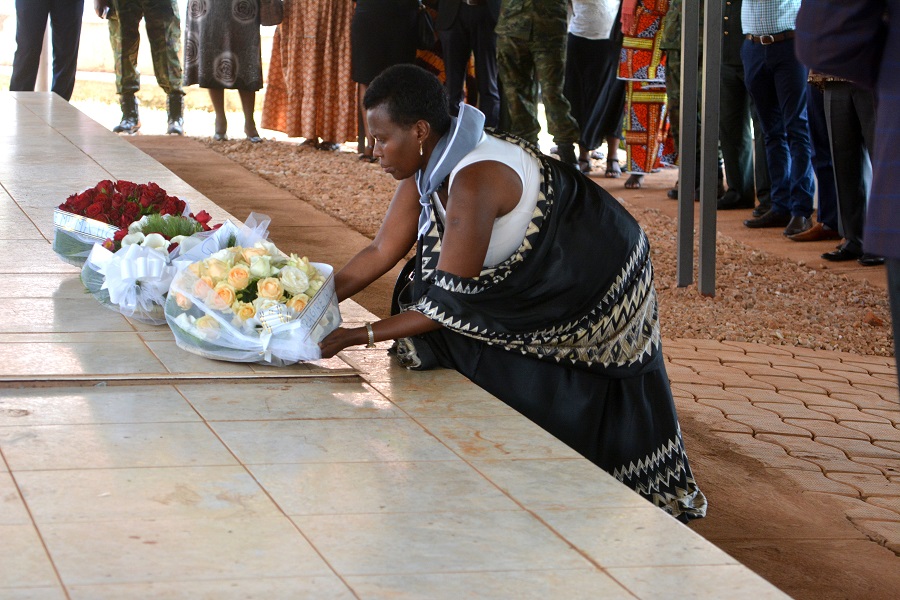 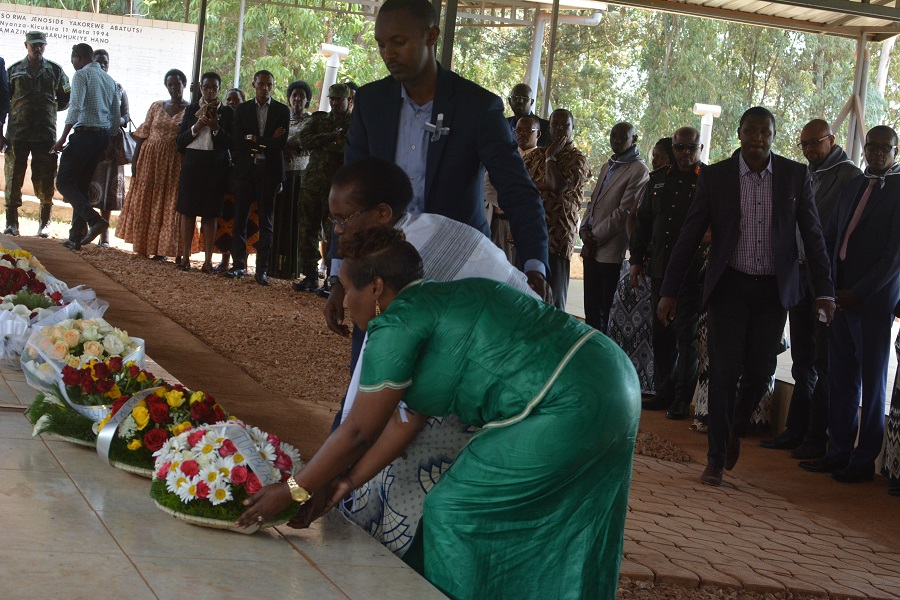 Rector of the UNIK hands over to a new one