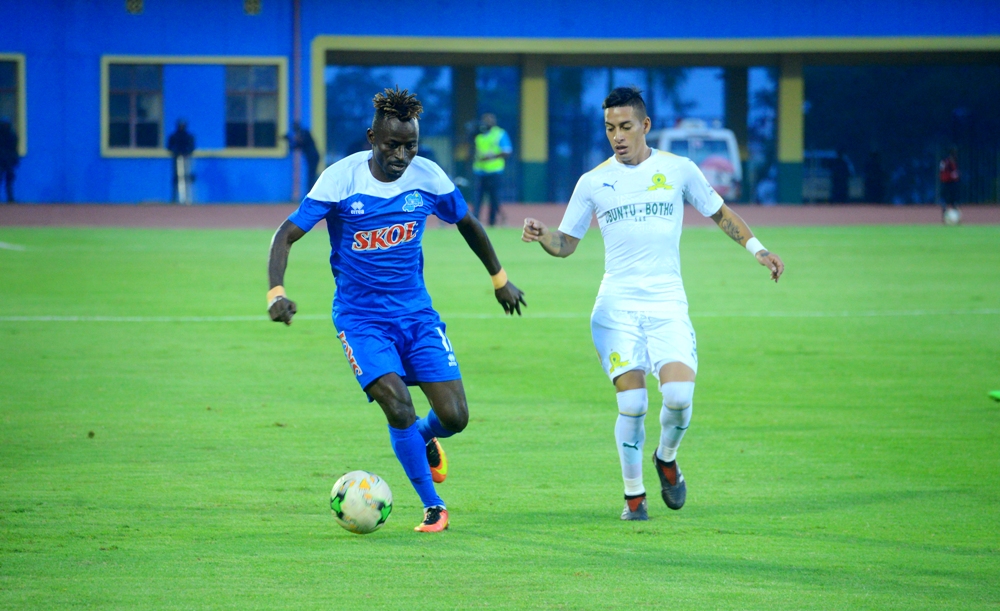 The yesterday’s match between Rayon Sports and Mamelodi Sundowns was one of the most attended and hottest ones that took place since the start of this year. The South African team was predicted to score more goals but Rwandan Rayon Sports challenged it until the end of the match.

Rayon Sports’ striker Shaban Hussein Tchabalala was the best player of the match as the he tried to score more than his co-players even though he missed chances.

The match was held in accordance with the CAF Confederation Cup where Rayon Sports that won the Azam Rwanda Premier League 2016-17 was supposed to host the Mamelodi Sundowns that won the Champions League 2016.

The latter is among the best African teams that has the best players including goalkeeper Dennis Onyango and stickers such as Percy Tau .

In the first half time of the match Rayon Sports strikers such as Nahimana Shasir and Ismaila Diarra tried to score first but in vain.

Slowly but firmly the South Africans increased the pressure against their challengers but defenders such as Rutanga Eric managed to monitor the ball.

Even though both teams tried to score the tense match ended with 0-0 to both sides.