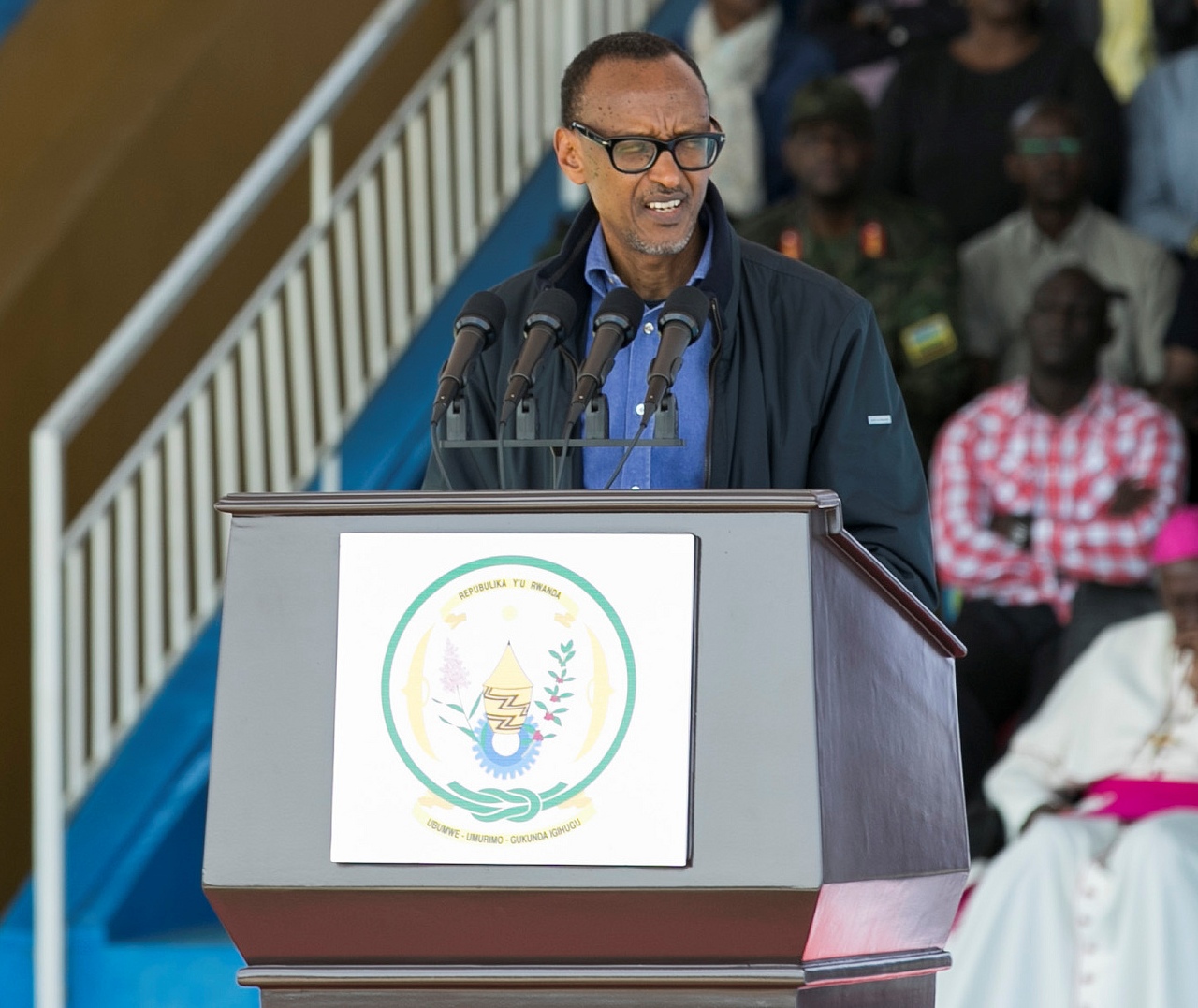 President Paul Kagame has declared he doesn’t understand the dilly-dallying construction of Nyamagabe modern market and vowed to make his probe and complete this market started in early April 2015.

In the speech he delivered to Nyamagabe residents during his visit on this Tuesday, President Kagame underscored that the delay is not due to the lack of fund budgeted but concerned officials missed in the implementation of it.

He said there is a great need of speeding up the end of the market or else stop wasting their time and do other things.

Kidding, Kagame said he would dismiss all riches born in Nyamagabe now living in Kigali and that they may undoubtedly complete the market.

“This market should be completed or we stop it and go for other things after realizing that we have failed”,added the President.

Since Nyamagabe Modern market was started in 2015, the business people in this town have been questioning and lamenting that they don’t know why it delayed. They proved to Umuseke that even district officials have been conflicting over who caused the delay.

In his speech, President Kagame also stressed on other issues hampering the lives of Nyamagabe residents. These rotates around food security and satisfaction, malnutrition among children and others that may lead to healthy society through improved sanitation.

At this juncture, he pinpointed that they should build the toilets.

“Are we waiting for sponsors (aid providers) to come and dig for us the toilets?” He called upon the change of the mindsets and the hardworking spirit among Nyamagabe residents.

Talking about education, the president reminded students and parents of their inclusivity and participation but added that students may fail due to the teachers.

“How comes that a failed student is promoted in the other class.” Kagame questioned.

President Kagame started his visit to Southern Province since Monday, February 26 in Huye District from where he departed to Nyamagabe.