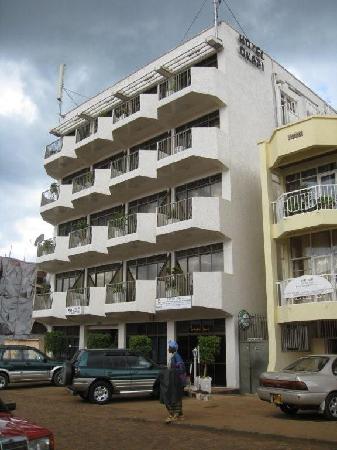 Rwanda National Police has launched an investigations into the death of a Canadian national found dead at Okapi hotel in Muhima Sector, Nyarugenge District on Tuesday.

Superintendent Emmanuel Hitayezu, the Police spokesperson for Kigali City said that Vicash Chandra Mishra was found dead in his hotel room by a hotel janitor at around 2pm who immediately alerted the hotel management.

Mishra, 60, has been staying at Okapi since he arrived in Rwanda in January last year and has been working as an engineer with a local company, according to police.

“The hotel management immediately alerted police after they discovered the body. The deceased’s body is now at Kacyiru District Hospital for post mortem and we will communicate as soon as the results are released by the hospital. Further investigations are also being conducted by our team to establish what happened,” Hitayezu said.

Police says they were trying to get in touch with the Canadian embassy in Rwanda to know more about the deceased.

Hitayezu added that no drugs or unusual substance was found in his bedroom, and they are yet to determine what killed Mishra in his bedroom as hotel staff testified that he had been well in the morning.