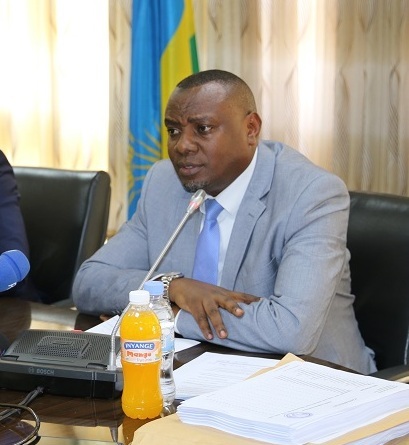 Rwandans should take advantage of the country’s education system because it is all-inclusive and quality-driven, top education officials have said, adding that results of last year’s national exams suggest that students are adapting quickly to the new curriculum.

Isaac Munyakazi, the State Minister for Primary and Secondary Education, while releasing the primary and lower secondary education (O-Level) exams results at the Ministry of Education’s headquarters in Kigali, yesterday, said the new curriculum was taking root.

The results showed an improvement in performance compared to the previous year.

Munyakazi applauded both the high pass rate and increase in the number of students who sat the exams.

“We are happy about the trend,” Munyakazi told journalists.

He attributed the increase in the number of candidates who sat the exams to increased access to the country’s education system.

“Going to school is no longer a favour; it is a constitutional right. It is the right of every Rwandan child to access education; we are seeing this reflected in completion rate,” he said.

He added that awareness campaigns have also helped, whereby parents now keep their children in school instead of involving them in child labour.

“Where children are out of school the reasons are identified and the kids sent back to school,” he said.

The director general of Rwanda Education Board (REB), Janvier Ismail Gasana, also said that he was satisfied with the pass rate, adding that it is a sign that students are adapting to the new curriculum.

In 2015, the government rolled out a competency-based curriculum for nursery, primary and secondary education.

“The pass rate of 89 is equal to the level of quality we need. We are now assessing the new curriculum and these figures are an indication that 89 per cent of students are getting on well with the new curricula,” he said.

“It means our quality targets are achievable,” he added.

Gasana said that quality education goes beyond good grades and includes such aspects as hygiene, discipline and positive attitudes.

“We don’t need someone who can do programming of a computer but they cannot comb their hair or brush their teeth; we want a Rwandan who can do remarkable things and has discipline at the same time,” he said.

Results can be accessed through texting the student’s index number to 489 or browsing the REB website, www.reb.rw.

School placement information will be available after four days and the schools can also be identified by visiting REB website or sending a text message bearing the student’s index number to 489.

Minister Munyakazi said it’s good that the results were released about two weeks ahead of the start of the new academic year,

“It will allow for proper preparations for Senior One and Senior Five students,” he said.

Where do expropriated residents go?