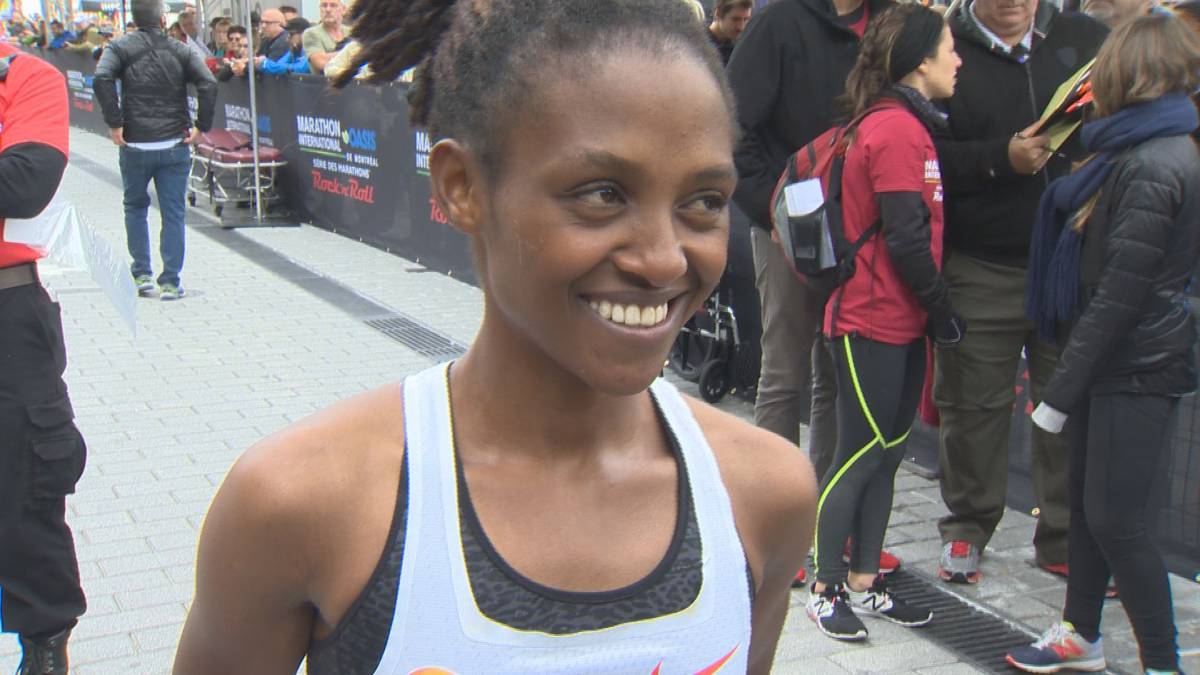 Salome Nyirarukundo was crowned the 42 kilometers running champion in the Montreal marathon held in Canade on Sunday, 23, September, 2018. The marathon brought together many best performers from at least 61 nations.

For her first time to attend this marathon, she won the competition using the 2h28’2’’ timeframe and it was best record ever set by an African female.

Behind her, was a Kenyan called Joan Kigen and the Ethopian Emebet Anteneh.

In May, 2018 she was the half marathon of the Kigali Internationa Peace Marathon that took place in Kigali, Rwanda.

Last year she was thanked by President Paul Kagame as one of Rwandan youth people who strive to perform well in their respective professions thus making their motherland proud in the international scene.

At that time, she was rewarded with a golden modal from Morocco after well performing the African championships that took place in Morocco.