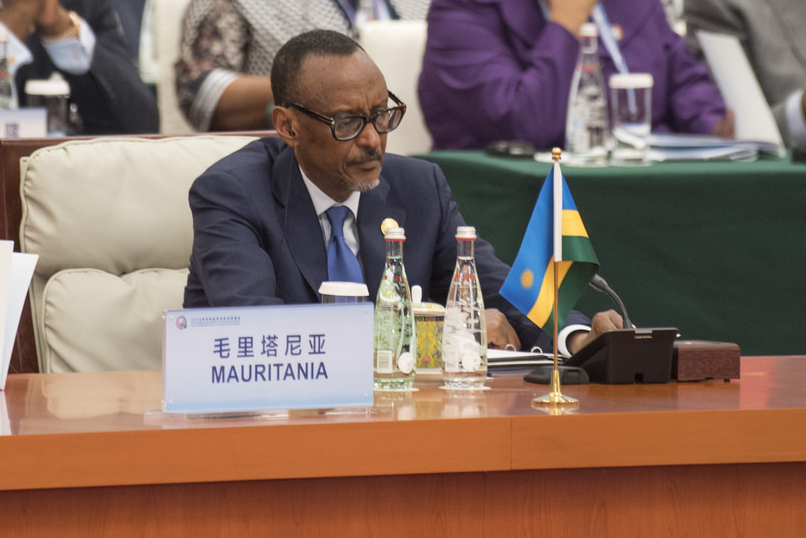 Held on the final day of the Forum on China-Africa Cooperation (FOCAC), the discussions – chaired by Chinese President Xi Jinping – aimed to establish ways to work together toward an even stronger community with a shared future. In their remarks, African leaders reaffirmed their commitment to further strengthen China-Africa relations.

Addressing the roundtable, President Kagame highlighted that in today’s global political climate, it is important to reaffirm nations’ commitment to an open international order characterized by peace, security, multilateralism, free trade, mutual respect, as well as cooperation where everyone benefits.

“Yesterday’s opening events left us not only with a mood of friendship and open-heartedness but also with a clear view of the substance behind today’s deliberations and indeed the next three years of cooperation. Both the Summit Declaration and the Beijing Action Plan capture the key issues and provide a roadmap for the next steps. If we remain guided by the spirit of the 2018 Beijing Summit, I have no doubt that we will have even more good results to celebrate at our next gathering in Africa,” President Kagame said.

The roundtable concluded with an endorsement of the Summit Declaration and the Beijing Action Plan, two documents that will serve as references in enhancing the existing development frameworks between African countries and China.

Highlights from the declaration:

1. The Chinese and African peoples have forged a deep friendship rooted in similar historical experiences, development tasks, and political aspirations;

3. We agree to strengthen collective dialogue, enhance traditional friendship, deepen practical cooperation, and work together toward an even stronger China-Africa community with a shared future;

4. Calling Africa an important participant in the Belt and Road Initiative, the declaration says China-Africa cooperation under the initiative will generate more resources and means, expand the market and space for African development, and broaden its development prospects;

5. In the declaration, China pledges to continue to strengthen solidarity and cooperation with African countries in keeping with the principle of sincerity, real results, affinity, and good faith, and the principle of upholding justice while pursuing shared interests, as proposed by President Xi Jinping.