New batch of 270 off to South Sudan peacekeeping mission 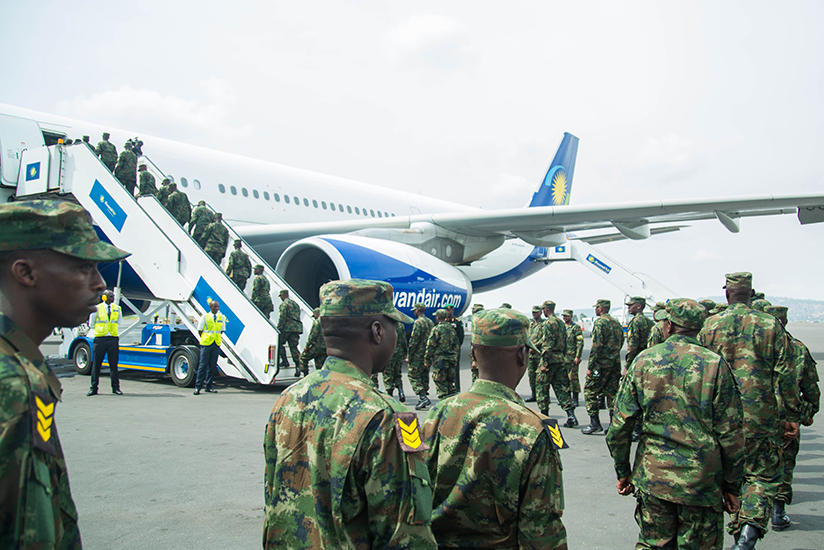 They are part of a battalion of 920 soldiers of the mechanised infantry who will work under the United Nations Mission in South Sudan (UNMISS) and will be under the command of Colonel Frank Karakire.

RDF spokesperson, Lt Col Innocent Munyengango, said they will be in the regional protection force, and their main mandate is to protect the people of Juba City and their property. 123 soldiers of the same battalion left for South Sudan in August 2017.

According to Executive Summary of the Independent Special Investigation into the violence which occurred in Juba in 2016 and UNMISS response, the crisis that took place in Juba, South Sudan, from 8 to 11 July 2016, saw three days of intense fighting that resulted in the deaths of many civilians, two peacekeepers of UNMISS, and the collapse of the fragile peace agreement between the President of South Sudan, Salva Kiir, and his former First-Vice President, Riek Machar.

The crisis brought severe violence to the capital of the world’s youngest nation and the participating fighters left a trail of destruction and suffering in their wake.

Rwanda has over 2,300 soldiers working to restore peace in south Sudan.

Overall, Rwanda has currently some 6,247 soldiers in UN peacekeeping mission in various countries of the world including North Sudan and Central Africa, of whom 141 are women, according to figures from RDF.