Rwanda’s football fraternity and the nation at large woke up to shocking news yesterday, about the untimely death of former Rwanda internationals and football legends Hamadi ‘Katauti’ Ndikumana and Bonaventure ‘Gangi’ Hategekimana. Katauti, 39, one of the best defenders Rwanda has ever had, has been Rayon Sports’ assistant coach.

While Gangi had spent a couple of months in hospital after he had initially been discharged, Katauti’s death came as a complete shock as he had fully participated in Rayon’s training session on Tuesday – only hours before his death.

Gangi, 36, another of Rwanda’s finest defenders who played for several topflight clubs including heavyweights Rayon Sports and APR FC, passed away from Kabutare Hospital where he had been transferred several weeks ago from Rubavu Hospital as he battled tuberculosis, Katauti breathed his last Tuesday night from his home in Nyakabanda Sector, Nyarugenge District in Kigali.

Katauti was laid to rest by thousands of mourners at Nyamirambo Muslim Cemetery last evening, moments after his inconsolable mother arrived from Burundi to say final goodbye to his son.

Shorty before his burial at around 6p.m, mourners gathered at Kwa Qaddafi mosque in Nyamirambo for prayers.

The cause of his death remains unclear pending autopsy results.

The Minister for Sports and Culture, Julienne Uwacu, led the nation in mourning and paying tribute to the former national team stars, highlighting their contribution toward the development of Rwanda football.

“Our deepest condolences to the families of Hamadi and Hategekimana, we will always remember their contribution in developing Rwanda through football. RIP,” she tweeted.

“For Gangi, we knew he had been ill for some time but the death of Katauti has really shocked everyone because he didn’t have any signs of illness. We send our condolences to their families, Rayon Sports fans and all Rwandans in general,” he added.

Nzamwita continued: “Katauti, much as he had retired as a player he had continued contributing to the growth of Rwandan football in the different roles he held, first in Musanze last season, and Rayon Sports, where he was assistant coach.”

Former Amavubi goalkeeper Ramadhan Nkunzingoma, who was a teammate to Katauti in the national team and has lately been working with him at Rayon, where the former is the goalkeepers coach, said he was at a loss for words. “I am at loss for words, it’s hard to believe that he’s gone, he was such a gentleman and we will really miss him.”

Katauti and Nkunzingoma were part of the legendary Amavubi team that featured at the 2004 Afcon finals – the only Rwandan team to have participated at the continent’s most prestigious football tournament.

Rayon Sports also eulogized their former captain and assistant coach. “We are saddened by the death of our colleague and staff,” Rayon Sports secretary-general Bernard Itangishaka told Times Sport Wednesday. “Everyone at the club is shocked by his sudden death and our prayers are with his family and friends, who have lost a true gentleman.”

Charles Mugemana, the club’s doctor, told the media that he was called by Katauti’s housemate on Tuesday night who reported that the latter was complaining of severe chest pains, but by the time Mugemana reached Katauti’s home at around midnight, he had already passed on.

Katauti retired from football in 2015 and was shortly after appointed assistant coach at the topflight league side, Espoir Football Club.

He spent the following season working as an assistant coach at Musanze FC, under Rayon former teammate Sosethene Habimana.

Katauti, who is survived by two children, was a mainstay for Amavubi for well over a decade, and was seen as a natural leader – at least on the pitch – long before he became the national team captain.

He started his playing career in the 1990s in Burundi, before moving to Rwanda, and later to several European countries where he played for topflight teams, including in Belgium and Cyprus.

In his prime, he played for several teams in UEFA Champions League and Europa League, in one match impressing against Brazilian star Robinho and his Manchester City side.

Gangi to be laid to rest today

Meanwhile, Gangi will be laid to rest on Thursday in Rubavu District, according to FERWAFA vice president Vedaste Kayiranga.

The former defender played for Amavubi mainly between 2002 and 2010.

KATAUTI’S CAREER AT A GLANCE 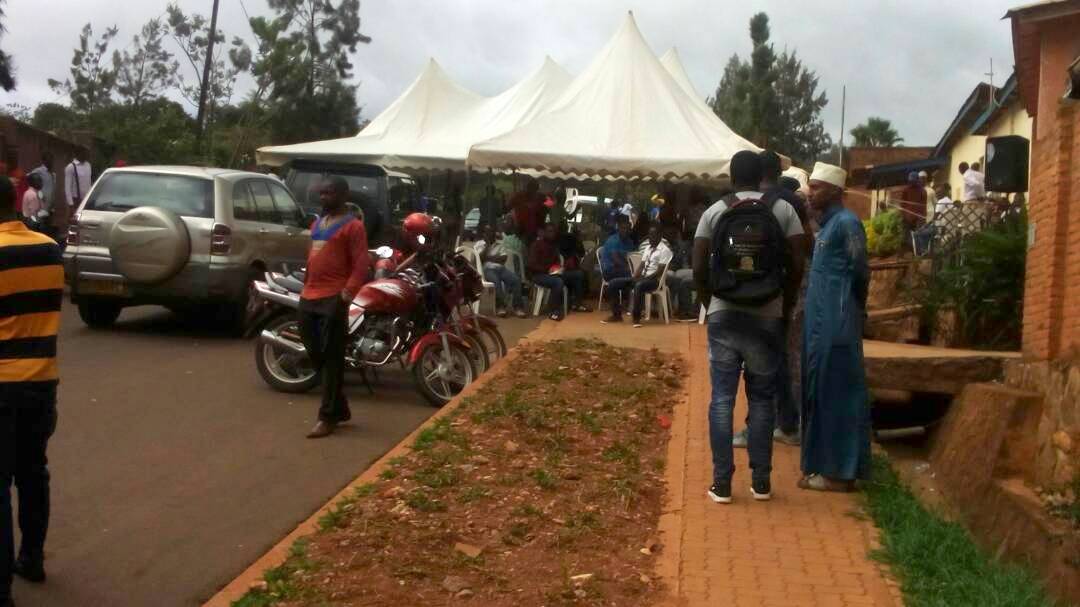