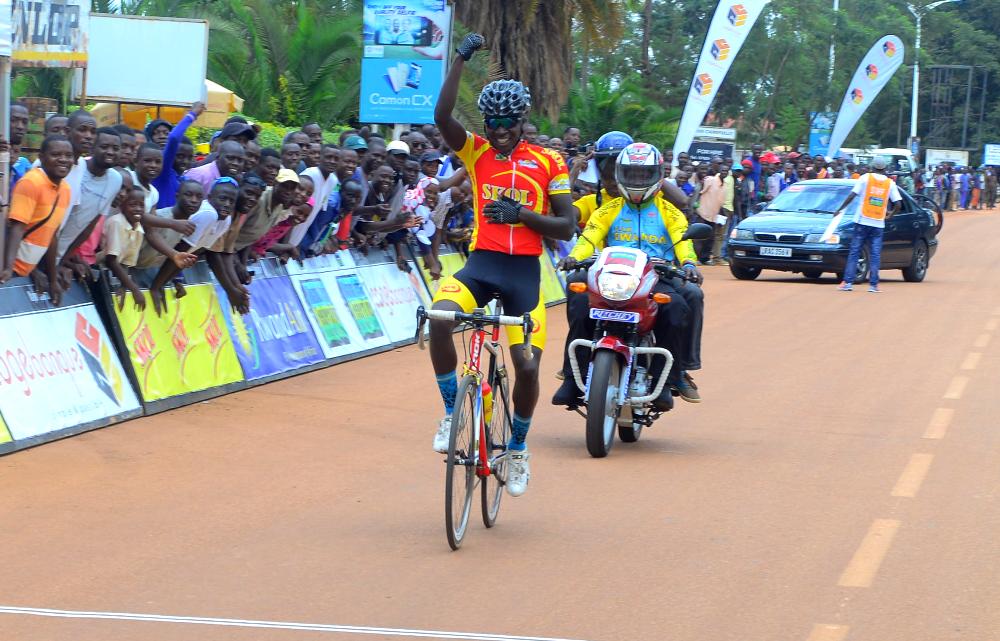 The rider Munyaneza won the “Rwanda Cycling Cup 2018” that started from Kigali and ended in Huye. It was held in the memory of late Byemayire Lambert who was the vice president of the Rwanda Cycling Federation known as FERWACY.

The Rubavu based cycling team labeled Benediction Club performed better than the rest with its rider Munyaneza Didier nicknamed Mbappe being the best.

Riders had to race a distance of 158 kilometers. The competitors were not older than 23 years and comprised of men and women.

As the riders arrived in Muhanga district, Jean Bosco Nsengimana and Manizabayo Eric made a ‘breakaway’ and significantly overpassed the rest of their colleagues.

They kept performing well in different areas such as Kabgayi, Byimana, Ruhango, Gatagara and Nyanza.

However, before arriving in Huye(the finishing line) Jean Claude Uwizeye and Munyaneza Didier invested much energy, overpassed their fellow ones and arrived first at the finishing zone of Huye district.

They had to cross six times the Huye district before arriving at the finishing line.

Jean Bosco Nsengimana was exhausted while his colleague Didier Munyaneza was physically strong before arriving at the finishing line.

For women’s side, Irakoze Violette was the winner of the competition. She normally plays for the Muhazi Cycling Club with Nathan Byukusenge as the head coach.

DR Congo to shun its own donor conference in Geneva