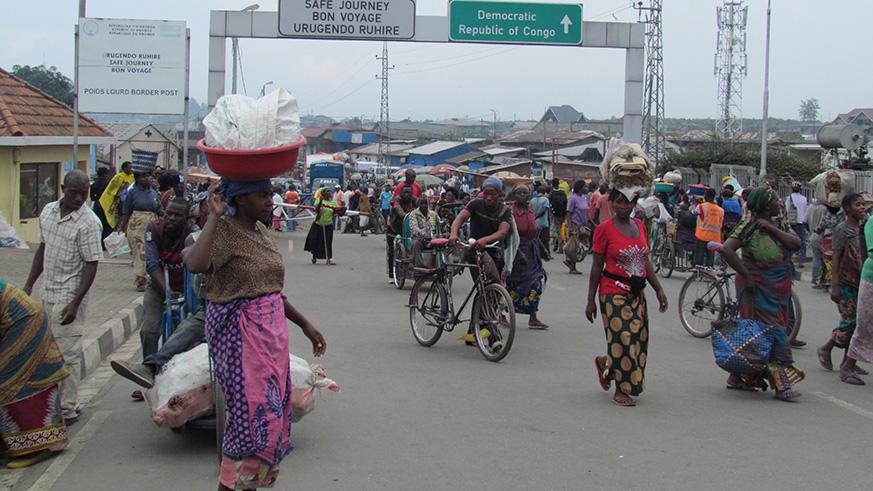 As the world awaits the results from DR Congo’s presidential and parliamentary elections, the number Congolese nationals crossing to Rubavu from Goma has increased.

Those who have sought temporary stay in Rwanda have cited fear of a possible conflict in DR Congo.

This started on the eve of the election day.

The president of ‘Tekereza Ukore’, an association of brokers operating in Rubavu City, Fifi Kabera, told The New Times that they have been overwhelmed by the demand for houses to rent from Congolese nationals.

“We have received a big number of Congolese people asking for houses to rent,” Kabera said.

Some hotels and guest houses in Rubavu town have been fully booked by Congolese nationals as well as employees of some international Non-Governmental Organisations (NGOs) who crossed the border fearing possible post-election incidents.

Charles Kabange Syaluha, one of the Congolese nationals who is temporally staying in Rubavu, told The New Times that they decided to leave their country because they are not guaranteed of security there.

“I, together with my family, arrived in Gisenyi two days ago. In fact, I can’t tell you if anybody is safe back in our country,” he said

He added: “Some people have vowed to protest. You can’t therefore stay in a country where you are not sure of your own safety,” added Syaluha

The Mayor of Rubavu District, Gilbert Habyarima, told this newspaperthat they are already informed about a number of Congolese crossing over to Rwanda.

“It is true, we are aware of the development. The Congolese are coming massively thanks to the security in our country,” he said.

However, the mayor said he can’t tell the exact number of Congolese who have since arrived in the district.

“What is true is that a number of Congolese people who cross our borders has increased significantly, especially for those who prefer to spend their nights in Rubavu town due to security concerns,” he said

Habyarimana assured that the district together with other partners have taken different measures to control the traffic movement in interest of the area residents and any other persons who reside or visit the town.

“All those involved in delivering services to host Congolese who are coming are encouraged to deliver good services as well as complying with  our laws,” he noted

Rwanda to spend over Rwf8bn on greenhouses, hydroponics