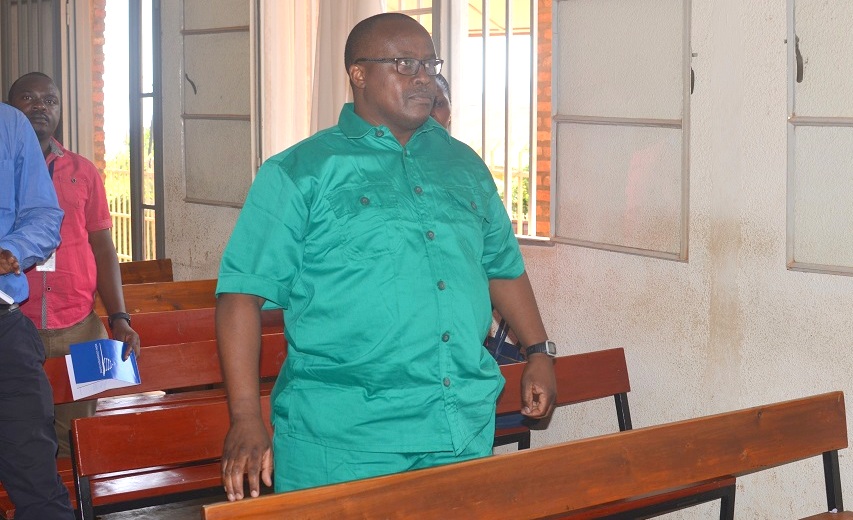 The Military Tribunal in Nyamirambo Thursday adjourned the hearing of a case involving 2nd Lieutenant Henry Jean-Claude Seyoboka after the suspect finished submitting his defence.

The former member of the ex-FAR is accused of genocide, conspiracy in genocide, murder as a crime against humanity and rape. He denies the charges. He was extradited from Canada in November 2016.

After the defence team had finished with their submissions, the presiding judge, Lt Col Déo Rusizana, asked both the defendant and prosecution to put forward their respective lists of witnesses.

During yesterday’s proceedings, military prosecution, represented by Captain Kagiraneza Kayihura, argued that there were photos showing the suspect in Canada during demonstrations that were organised by known Genocide deniers, saying that this was proof he still harbored genocide ideology.

The previous day, Seyoboka had claimed that he could have been the subject of mistaken identity claiming that prosecution witnesses confused him with another retired soldier, a one Lt. Claude.

Prosecutor Kayihura said witnesses will prove the contrary when they take stand in court as they were shown pictures of the suspect and they confirmed it was indeed the one they were talking about.

Kayihura listed nine witnesses that will explain to court where exactly the suspect committed the crimes.

The defendant presented a list of 16 witnesses who include ex-FAR, Rwanda Defence Force and Rwanda National Police officers that he says will testify to prove that the dates on which prosecution says he committed the crimes he was on other duties.

He said that some of them will not be able to make it to court as they are abroad, so he requested the utilisation of video-conference facilities which the judge said might not work as the only digital courtroom is at the Supreme Court.

He said they will have to find out whether the law allows the military court to use the Supreme Court premises.

Also in this case, the court plans to hear a third party composed of civilians but they have not yet presented their submission to the court.

Judge Rusizana said that prosecution witnesses will take two days to testify while the defence’s will have three court sessions thereafter. Trial resumes on March 19 .