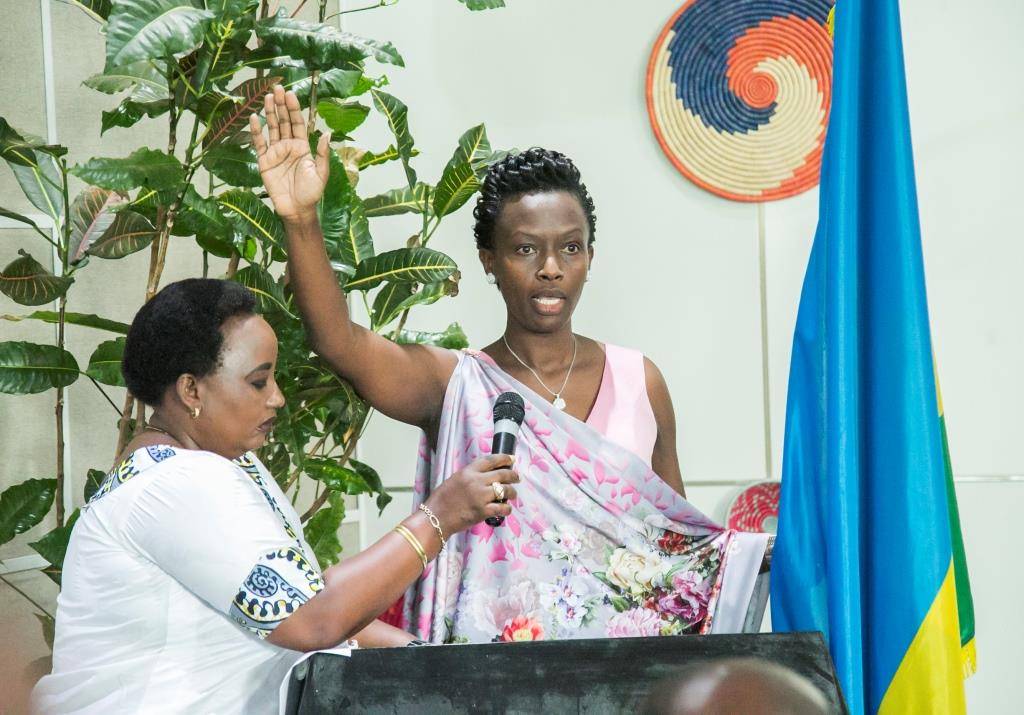 The council of the City of Kigali has elected 45, year old economist Marie-Chantal Rwakazina as the new mayor, replacing Pascal Nyamurinda, who resigned last month.

She won 146 votes cast by city councilors against 8 that were cast in favour of her challenger, 32-year old Henriette Murekatete, a lawyer.

Rwakazina, a former economics lecturer at the University of Rwanda (2000-2008) is a development expert who has been working with the United Nations Development Programme, where she was coordinator of UN support programmes in the country.

She is married with two children. Rwakazina became a member of the council following her election recently to represent Nduba Sector.

The new mayor is no stranger to local government, having worked at the Rwanda Association of Local Government (RALGA) between 2008 and 2013, where she rose to become Deputy Secretary General.

The mayor is elected from members of the city’s council.

This is the second by-election to be held within this term.

Nyamulinda had been elected Mayor after a by-election held last year to replace Monique Mukaruliza, who had been appointed High Commissioner to Zambia.

Parfait Busabirwa, the vice mayor in charge of economic development, has been serving as mayor in acting capacity.

Ellen and Portia can’t get enough of visiting gorillas!!