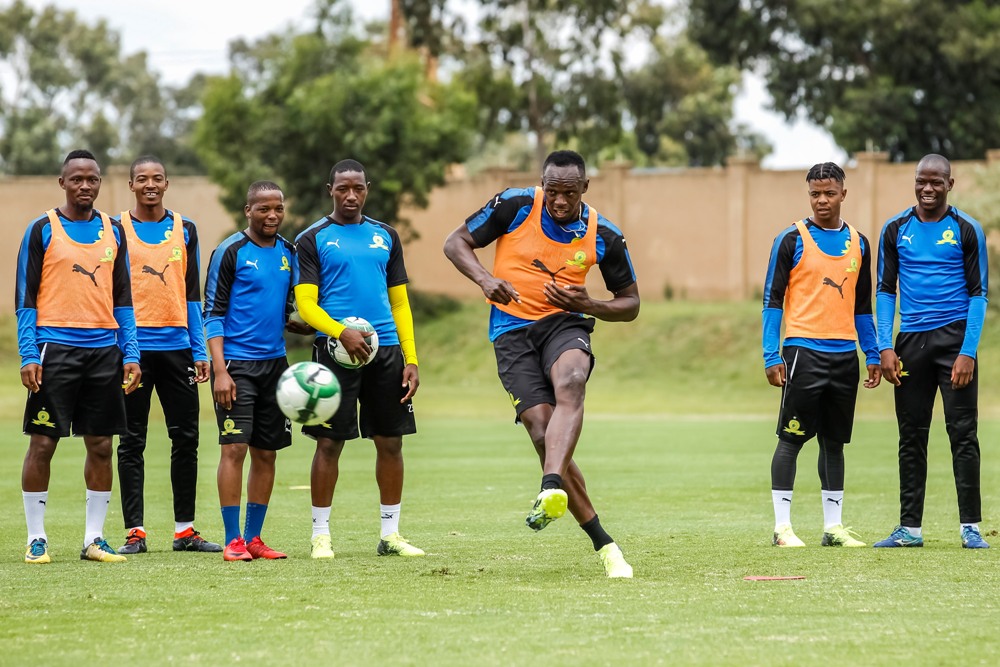 SOUTH African football team Mamelodi Sundowns have hinted that they have signed the world’s fastest man Usain Bolt. Mamelodi Sundowns, who are top of the South African Premier Division, posted a picture of the former sprinter in the club’s training kit on Twitter, with the caption, “Football will never be the same. Find out tomorrow [Tuesday] 8am GMT”.

Bolt had already posted on social media on Sunday saying that he had signed for a football team, with an announcement expected on Tuesday at 8am.

Bolt revealed to Sky Sports News in 2016 that he was planning for a football career after retiring from the track and said his ideal destination would be Manchester United – the club he supports.

American athlete Justin Gatlin previously believed the Jamaican could return to the sport for the Olympic Games in 2020 in Tokyo, Japan

Bolt’s final competitive race was at the London World Championships in August 2017 at the Olympic Stadium when his 100m farewell ended in a third-placed finish behind Gatlin and Christian Coleman.