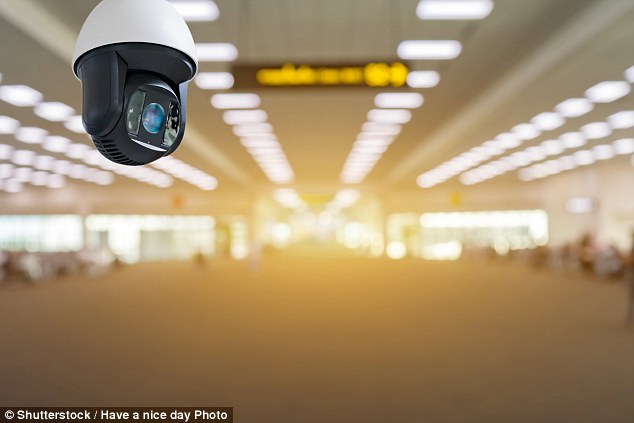 Artificial intelligence companies have shown off their tracking technology at the World Internet Conference in China –  giving a glimpse of how citizens are being watched everyday.

Companies such as China’s facial recognition start-up Face++ showed how their technology is already being used to identify and describe people.

For the first time, the ‘Big Brother’ conference was attended by top executives like Tim Cook of Apple, Sundar Pichai of Google and Jack Ma of Alibaba.

Guided by the hand of the state, tracking technology has become widely accepted in China and this vast data collection could mean these companies have an edge over American competitors.

One company present at the World Internet Conference in Wuzhen was Face++ which uses its technology to identify people in the audience using their gender, hair length, colour and clothing.

The company’s video network automatically detects potential criminals and alerts them to the police.

Founded in 2011, the company claims to have already helped the police catch more than 3,000 fugitives.

Another company at the event, China Unicom, showed how it could break down the vast amount of data it has on subscribers, writes New York Times.

China United Network Communications Group or China Unicom is a state-owned telecommunications operator and the world’s fourth-largest mobile service provider by subscriber base.

The company openly discussed how it had data on where foreign visitors had roamed on networks.

It also showed attendees how it maps the way people commute to and from work.

Another company – state-own telecommunications company China Telecom – showed how it can measure trash in garbage cans and spot fire hydrants that do not work.

Face++ plans to expand its business from software to hardware by developing more products with built-in AI, such as smart surveillance cameras that can capture faces better and faster, said Xie Yinan, Face++’s marketing and public relations director last month.

‘We want to enhance these ‘eyes of the city’ and make them intelligent,’ Mr Xie told Reuters.

‘So that ‘footage of the city’ become ‘data about the city’,’ he said.

‘It’s just like in the films. The police no longer need to manually look for someone from thousands in the camera. The video network automatically detects and alerts them to situations so that greatly enhances their efficiency,’ Mr Xie said.

Face++ does not release specific revenue figures but Mr Xie said it has been growing at about 400 per cent annually and the company is expected to break even this year.

It’s also targeting an initial public offering, although it has no time frame.

During the opening speech Wang Huning, a member of the Politburo Standing Committee, said China’s approach to the internet is more about openness than censorship.

The high-profile attendance of the leaders of Apple and Google at a Chinese conference promoting Beijing’s vision of a censored internet highlights the dilemma for Western tech companies trying to expand in an increasingly lucrative but restricted market.

Apple CEO Tim Cook told the gathering as the conference opened Sunday that his company was proud to work with Chinese partners to build a ‘common future in cyberspace.’

His and Google CEO Sundar Pichai’s presence along with other business leaders, diplomats and other experts, some analysts say, helped bestow credibility on Beijing’s preferred version of an internet sharply at odds with Silicon Valley’s dedication to unfettered access.

Apple has a large production base in China, which is one of its biggest markets, though domestic smartphone makers are catching up.

Tale of returnees from the Libyan slave market