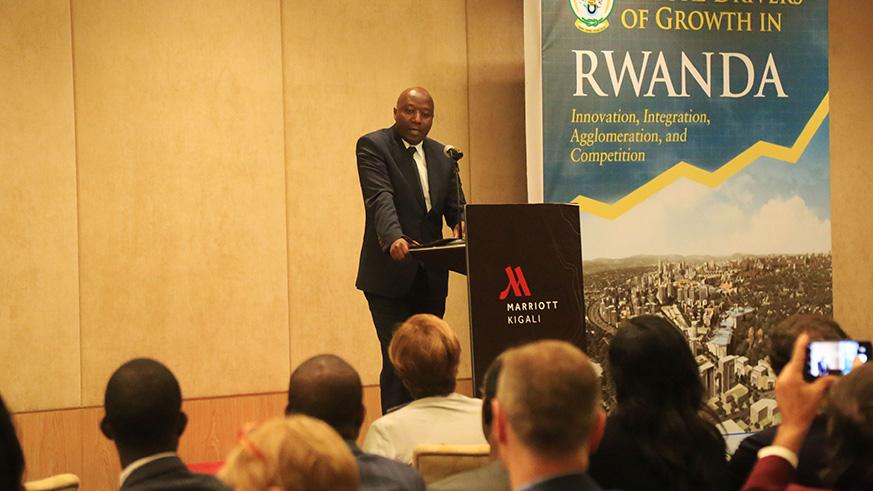 A report launched yesterday by the Government of Rwanda and the World Bank Group has laid out a path that Rwanda needs to follow in order to realise its Vision 2050 development ambitions. Based on a study conducted by the government and the bank over the last ten months since last year, the report identified four essential and interdependent drivers of future growth for the country.

The drivers include innovation, integration, agglomeration, and competition and they are seen as very critical for the country’s economy in the future.

The report said that building on its impressive economic success with annual growth of 7.5 per cent on average over the decade to 2017, Rwanda’s Vision 2050 captures the country’s high aspirations for future security, prosperity, and modernity.

“Fulfilling the ambitious aspirations of Rwandans as expressed in the Vision 2050 is not going to be an easy task. But learning from the experience of countries that successfully transitioned and from our own development experience shows that it is possible and that in some areas transformation can be achieved fast  with the right interventions,” Uzziel Ndagijimana, the Minister of Finance and Economic Planning, said at the report’s launch.

“Over the last two decades, Rwanda has enjoyed impressive growth and made good progress in reducing poverty. Now it aims to match its bold ambitions with smart reforms that will further unleash its potential,” said Kristalina Georgieva, World Bank Chief Executive Officer.

She added that since Rwanda’s most precious asset is its people, the World Bank has a strong partnership with the government that will accelerate investments in human capital in the years ahead.

The joint study argues that the hard work will begin in Rwanda’s classrooms, and that the country needs a massive effort to build human capital. The bank urged the country’s officials to put a special emphasis on reducing stunting among children and improving access to and quality of basic education.

It also says that the country’s ambitious growth targets will further require a major turnaround in productivity growth, which is seen as the main source of long-term growth. Higher productivity growth, in turn, has economies of scale and economic specialisation as its necessary ingredients.

For this, the report urges, Rwanda must make the most of regional and global trade opportunities and capture the benefits of urbanisation.

But to succeed in those areas, Rwanda will have to develop an even more capable and motivated domestic enterprise sector. Such enterprises themselves will have three critical requirements: a strong ecosystem for technological innovation, world-class human capital, and robust institutions of governance.

This chain of priorities so far forms the high-growth strategy for Rwanda as described by the four future drivers of growth and the six associated priority reform areas.

Rwanda is the first country in sub-Saharan Africa to have this kind of high-level joint study. In China and Vietnam, similar reports remain a reference point for policymakers and development partners.

And just as the partnerships with China and Vietnam served as a model for this joint study, the report aims to inspire similar efforts in other countries. It can also help other developing countries better understand Rwanda’s successful growth model, as they look to raise their game, Word Bank officials said.

The study will also provide the basis for the World Bank Group to strengthen its partnership with Rwanda. A stronger emphasis on human capital development is a key priority area in which the Bank will scale up its assistance, particularly as Rwanda is an early adopter of the Bank’s Human Capital Project.

The bank’s officials said that that will complement Rwanda’s considerable focus on the business environment, as indicated by its strong performance in the latest World Bank’s Doing Business survey, which saw the country climb from 41st to 29th in the global rankings.

Building on World Bank’s $1.3 billion active program in Rwanda, the bank has also announced an additional $150 million that will be invested in primary education.

Who Is The Face Behind Rwanda’s Doing Business Success?