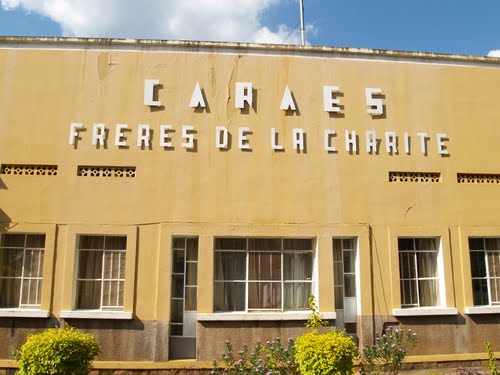 Following Thursday’s visit of the senators to the hospital, the Commission of National Unit, Human Rights and Fight against Genocide in the parliament called upon Dr. Alvera Mukabaramba, the Minister of State for Social Affairs in the Ministry of Local Government, who proved today that that the districts have been sensitized to pay as fast as possible.

“We have already had negotiations with those districts. We plan to propose them to pay in installments in case they fail to pay at once but what’s crucial is that they’re right now committed to pay,” she added.

Father Védaste Hakizimana, the accountant of the hospital, says the districts have failed to pay the debts since 2012. This came after the government decision that districts should care and pay for all their residents who have mental disability.

“Some districts do not even show us that they are willing to pay,” Father Hakizimana adds.

According to Hon. Mukamana Elizabeth, the president of the commission, the district must act as quick as possible for it creates different problems that hamper the hospital.

Mukabaramba declared that the only surefire way to solve the problem is that districts will have to pay medical insurance ‘mituel’ for those who have this kind of disability and that they will use it at this hospital.

As yet, Huye district is on the frontline among the districts that have paid a little. It owes the hospital over Rwf26 million.

Other districts that have big debt include Gasabo with 18 million after paying five, Kicukiro has 17 million while Nyagatare is the first to have low debt estimated to be only six hundred.

In their visit to the hospital, the senators vowed that they will strive to end the existing problems they saw hampering the services provided by this neuropsychiatric hospital.

“We are the only hospital of this kind in the whole country but our specialists are still few compared to the number of patients we serve,” Father Charles says. “We also receive and teach university students as well as training and assisting other hospitals on how to treat people with mental disabilities.”

He adds that the other biting challenge is the increased tension between the patients who perpetually attempt to kill one another. This calls upon the increase of other specialists to calm them and that they should be treated in other different rooms.

“We also talked about the problem of foreign patients who are brought here and there is no one to take care of them. We treat them well but they spend a long time here after their recovery for we have nowhere to send them. The other problem arises when the patients don’t have health insurance ‘mituel’.

After understanding the problems hampering the hospital, the senators said they’re privileged to advocate for the hospital and that it will be supported.