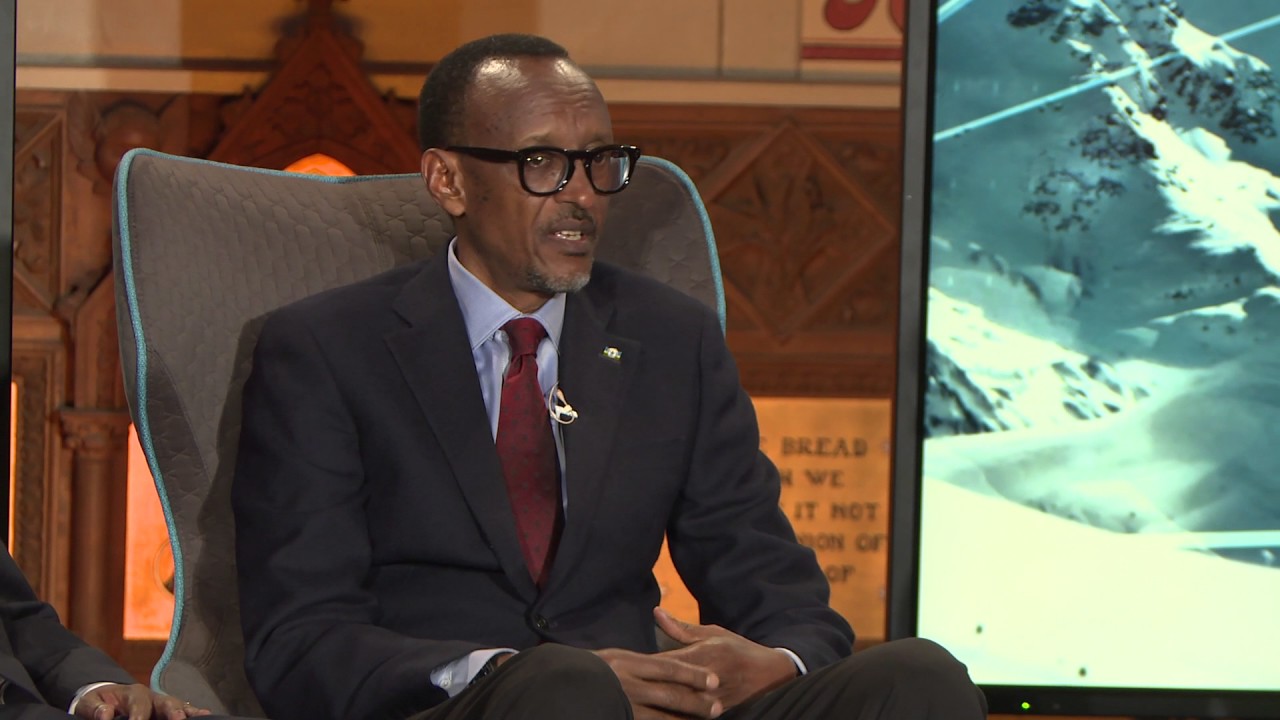 The immigration crisis across the African continent can be addressed by governments doing more to create an enabling environment that provide opportunities for citizens to eliminate the the need to relocate elsewhere for survival. This observation was made by President Paul Kagame on Wednesday evening during a televised interview by CNBC Africa.

The President said that quite often, some African countries do not do what is necessary to avoid incidences that lead the youth from the continent  to risk their lives immigrating to Europe for opportunities.

Often, youth immigrating to Europe on boats lose their lives in the process while  thousands have ended up being sold off as slaves.

“Whatever the merits of arguments that say, countries should receive them, there is a task we have to carry out; Our own situation is not retaining people in our country. We need to ask what we can do to retain people with talent and will,” he said.

Among the ways to reduce the trends of immigration, he said, include improving governance, public investments and creating environments that allow economic activity which would translate into increased economic activity and job opportunities.

To attract the necessary resources and capital for investments, he called for increased consideration of public-private partnerships.

Demystifying the mode of resource mobilization and investment, the Head of State said that the partnerships are not themselves problematic but are often tainted by officials who are involved bad acts such as graft.

“If governments are prepared, it is not the public-private partnerships that are problematic. It is those who are involved in the transaction that becomes problematic. That is where corruption comes in,” he said.

The President also commented on the ongoing African Union reforms process which he said is a work in progress which calls for a change of mindsets among leaders and citizens.

President Kagame was tasked by fellow Heads of State to champion the reforms that are aimed at making the continental body more efficient to deliver better for the African people.

“We have to keep raising our voices to remind people of what needs to be done and have collective efforts,” Kagame who is the current AU chair said.

The African Union is also in the process of mobilizing signatures and ratifications to allow for the implementation of the African Continental Free Trade Area, which Kagame said would spur trade and economic growth across the continent.

He said that fears of the impact of the move by some countries were not justifiable as there were provisions such as Customs Union to ensure that the development would not have diverse effects on economies.

He spoke against protectionism saying that it is not healthy for regional blocs, the world or even the respective countries implementing it.

Protectionism by some countries would not serve well and would only invite other countries to implement the same, he said.

“Integration is a two-way street. Protectionism is not going to serve anyone well because the moment you start practicing it, you invite others to do the same. It is not healthy globally or when it comes to smaller regional entities,” President Kagame said.

Regarding concerns on increased investment and involvement of China on the continent, he said that Africa should consider the Asian nation as an investor and seek ways to have a mutually beneficial partnership.

“China makes investments, it is not charity. The question is: does Africa know what it wants when working with other parts of the world? If China offers an opportunity, we ask ourselves what Rwanda wants from China and how we can both benefit…I do not know of a place where China has gone and started grabbing things. If it happens, it is not the problem of China, it is the problem of the country where it is happening,” the president said.

During the interview, the president fielded a question on what he would be doing if he was not a head of state to which he responded that due to his interest in creating things, he would most probably have been an innovator or engineer.