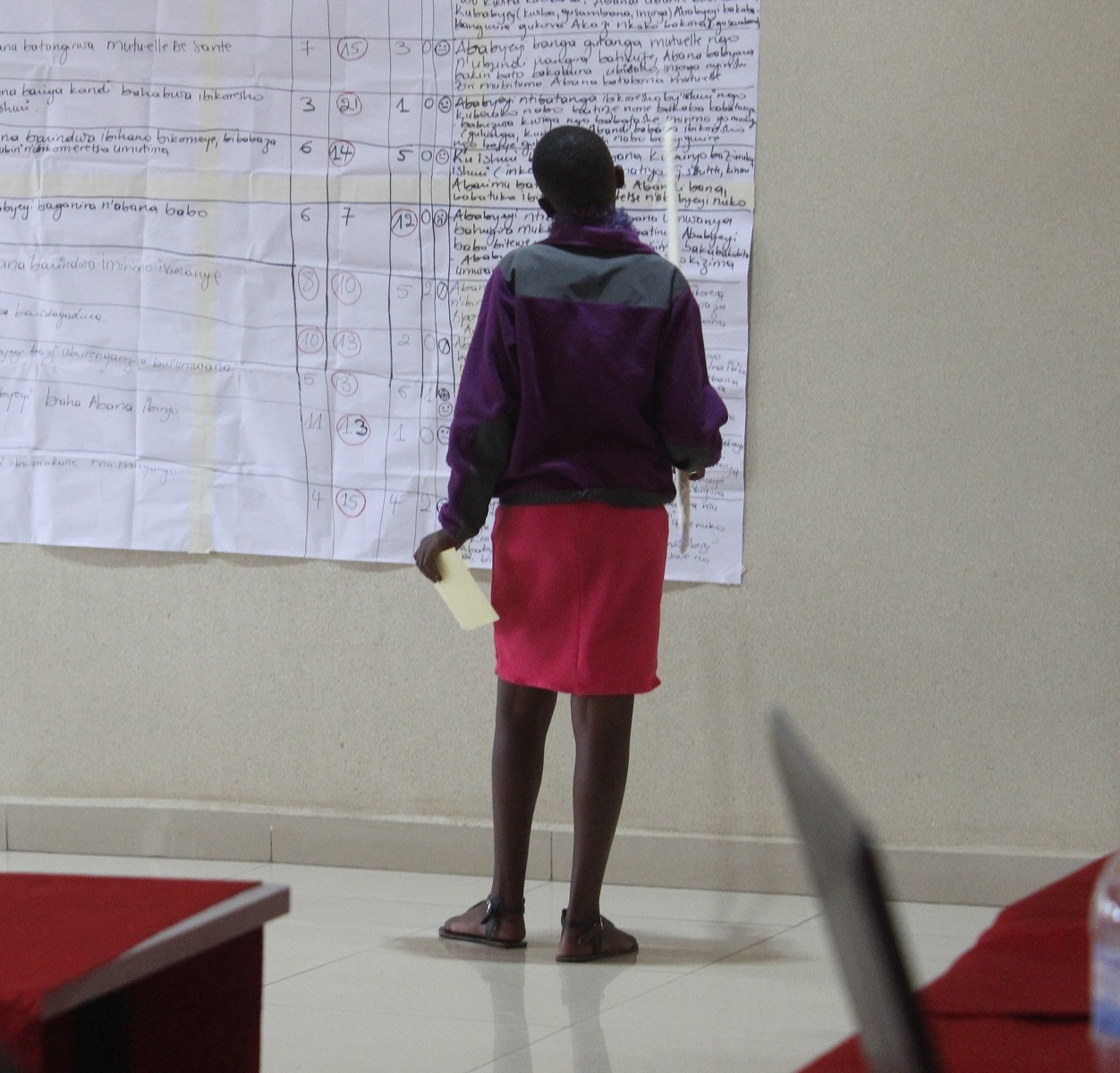 In the move to strengthening an accountable governance that protects children’s rights, an NGO called ‘Children’s Voice Today’ from Burera District yesterday 14 December 2018 presented a scorecard that points schools with no reverence of a period of Co-Curricular activities (COCA), where some teachers propel students in other physical works that are beyond the classroom time table.

This campaign is part of  the project themed ‘Prevent children from physical and humiliating punishment’ which  aims at promoting the rights of the child through fighting and preventing the worst forms of child labor .

A 15 year old child said: “We do always have contemplation of COCA for sports or music and drawing as well.  But often teachers tell us to collect soil in preparation for planting, carrying stones or fetching water. These harsh activities impact on our school performance.”

When explaining their issues on a scorecard, students stressed that teachers at school often do not let them enjoy sports and other school activities on the scheduled period.

At home they also don’t get enough time to rest as they embark on household activities including fetching water, firewood collection, etc.

Nkurunziza Fabien, asocial worker in ‘Friends of Family’ [Inshutiz’Umuyango] from Rugarama Sectorin Burera District argued that the officials at schools should hire  workers  for these heavy works rather than exploitingstudents since child labor is punishable by law.

“If what is in the Score Card is true, it is probably that the rights of children are not respected at all, we urge education officials to work on it and resolve it quickly. Our children should not  be school workers instead of being students, and I think the school would no longer be a conducive place for them” he said.

Burera District Director of Education, Musabwa Eumene does not agree with the findings on the scorecard

Children, he cited that the classroom schedule must be respected.“Meanwhile in COCA subjects there arevarious courses and attitudes to be learnt, a school also is a parentingsetting, Children must work, it is in that case that working habit should startfrom childhood, I don’t mean heavy work but suited physical works for schoolchildren is a recommended input.

“Furthermore, these scorecards should bepresented to every school so that teachers can reduce wherever they exceed in school activity planning, and can be a critical moment where kids discuss about their rights with related impediments. It should also be presented in to community by children themselves, ‘it is a mobilization process which can change people’s minds on children’s rights”he added.

Ntakirutimana Innocent,Child protection and participation coordinator in CVT (Children’s Voice Today)says that children have to enjoy fully their rights.

He revealed that the campaign aims at mobilizing children on their rights so that they may start  self-advocacy.