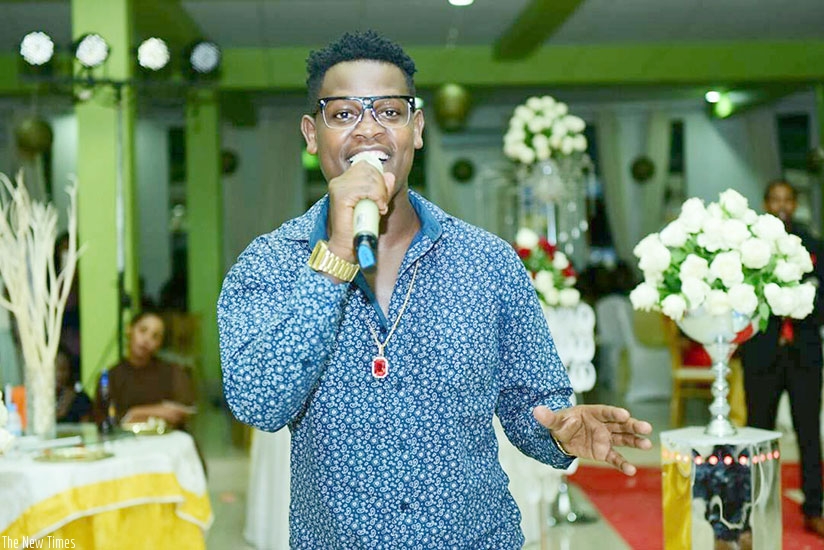 Bruce Melodie’s talent coupled with hard work and determination is taking him places. The charismatic R&B singer, born Bruce Itahiwacu, is set for his debut European tour, to promote his music on the international scene.

The singer will perform in Brussels, Belgium, on December 2, before heading to France and Sweden for similar performances.

The Ikinya star expressed his excitement for the milestone. “This is the first time that I will be going to Europe and my music is going beyond borders, but what is more exciting is that I will be performing for my die-hard fans in Europe.”

The singer, who is famous for his exciting live performances, has worked with different local and regional artistes such as Uganda’s Jamal Wasswa, Fille Mutoni and Goodlyfe crew of Radio and Weasel, among others.

Melodie, who came into limelight in 2011 after his hit singles Ndumiwe, and Tubivemo, is the first Rwandan artiste to take part in the Coke Studio Africa that was held in Nairobi, Kenya.

While at the Coke Studio 2017, he had the opportunity to work with established African artistes and producers, including Kenyan rapper Khaligraph Jones, Nandy from Tanzania and South African music producer DJ Maphorisa, among others.

China's multi-nuke hypersonic missile, that can strike ANYWHERE in the world, will be ready ‘within a few months’