BRALIRWA gets a new CEO 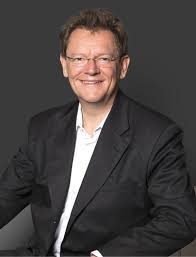 Mr Haarsma leaves the Board after 3.5 years in light of having accepted a new position at Heineken International as Managing Director of Heineken Russia.

The Board wishes to acknowledge and thank Mr. Boudewijn HAARSMA for the 3.5 of service and wise guidance that he has provided to the Board and the Company both as its Chairman and as Heineken’s Managing Director, East and West Africa, Middle East and Eastern Europe Region, in this position he was responsible for BRALIRWA Plc in Rwanda.

During his period as Chairman, Bralirwa Plc has grown substantially and delivered sustained levels of growth and profitability. Appointed by Shareholders as the Company’s Chairman, Mr. Boudewijn HAARSMA has chaired three highly successful Annual General Meetings of Shareholders (AGM’s).

Bralirwa shareholders have appreciated his inclusive and engaging style at the Company AGMs. On behalf of all shareholders and employees of Bralirwa, the Board takes this opportunity to sincerely thank Mr. Boudewijn HAARSMA for his commendable contribution during his tenure both as a Director and Board Chairman of the company.

On behalf of shareholders and employees, the Board warmly welcomes Mr. Lieven to Rwanda and Bralirwa Plc in particular and wishes him every success both as a Director and Chairman of the company.