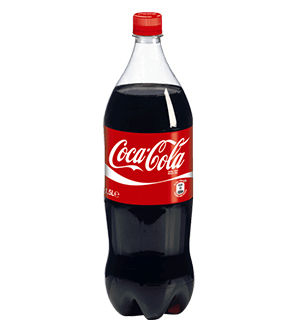 Bralirwa has increased the prices of bigger glass bottled sodas by 20 per cent as sales of the smaller bottles drop. The hike in prices is aimed at protecting profit margins, amid slowing sales.

Analysts say the increase in pricing shows that the country’s largest soda maker is relying on higher prices to make up for the increasing costs and low earnings.

The retail prices for Coca Cola, Fanta Citron and Fanta Orange have been increased from Rwf500 ($0.58) to Rwf600 ($0.70), to make up for the increase in the factory prices, which went up by Rwf50 for each bottle.

But, the prices of the 50cl sodas have remained the same following reports that an appetite for them has dropped sharply.

According to distributors, the drop in the sale of smaller bottles started when Bralirwa increased the prices of glass bottled sodas to Rwf350 for 30cl bottle and Rwf500 for a 50cl bottle in August 2016.

“There has been a shift in consumption to bigger bottles as consumers seek value for money,” a distributor told Rwanda Today.

However, Mr Madiela was quick to explain that Bralirwa has always maintained a pricing difference of Rwf200 between the smallest and biggest glass bottled sodas.

Retailers in different parts of Kigali said Bralirwa’s bigger soda bottles are fast selling, with some reporting that they contribute 90 per cent of their daily soda sale revenues.

The retailers added that the price increase of the 50cl sodas has not dented consumer appetite and their sales have remained high, helping Bralirwa generate revenues to service debt.

After investing in new product lines and expanding the capacities of the Gisenyi and Kigali plants, the biggest drain on Bralirwa’s revenues is the huge debt, which the company borrowed to finance its businesses.

According to analysts, another challenge holding back Bralirwa’s growth potential is the declining sales volumes.

The company’s half year results are not currently available, with Bralirwa saying they will be published in August.

However, last year the company reported a 12.4 per cent decline in sales following price increases for soft drinks and beer resulting in the company’s earnings dropping.

The company reported a 2.8 per cent decline in revenues to Rwf86.4 billion ($100 million) compared with Rwf88.8 billion ($103 million) registered during the same period under review.

The business outlook for both the beer and soft drinks market has not changed much.

The market remains very competitive and consumer spending is constrained.

Bralirwa’s efforts to reduce importation of some of its raw materials, which can be sourced locally also faces challenges.

The company invested Rwf2.4 billion in its maize and barley production projects in Kayonza, but it has not recouped the money as poor weather continues to reduce productivity of the crops.

This means Bralirwa and its parterners in Bramin — a special purpose vehicle created to manage grain production — will have to invest in irrigation.

“The infestations and operational issues had a significant adverse impact on crop yields and consequently Bramin’s results, despite our efforts to bring profitability to the farm,” read a statement from Bralirwa.

While Bralirwa reported unexpected growth in earnings for the 12 months ending December 31, 2017, industrial players say the company is not generating as much after expanding its production line and adding more products on the market.