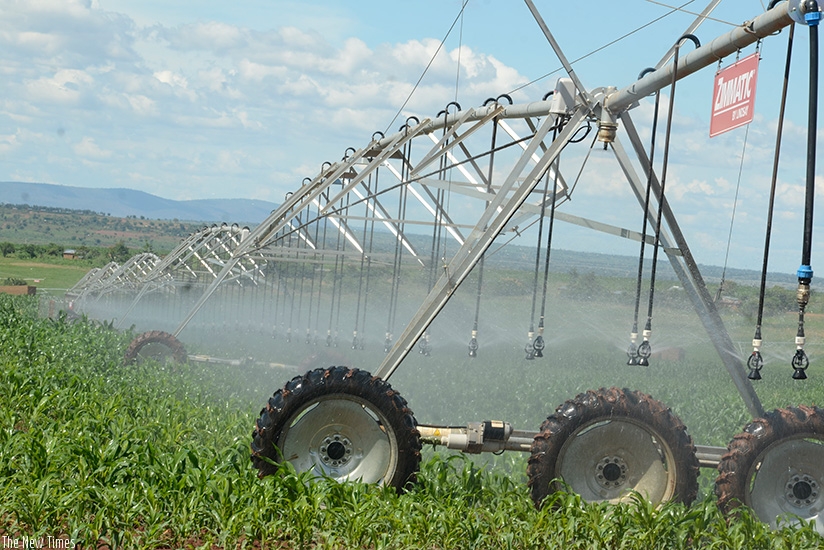 Irrigation schemes and the Gako Integrated Beef project in Bugesera District are the biggest beneficiaries from the revised national budget.

Parliament approved the revised national budget on Wednesday, of Rwf2,115 billion for the 2017/2018, representing an increase of Rwf20.5 billion compared to the 2,094 billion budget which approved in June, 2017.

The Minister for Finance and Economic Planning, Claver Gatete, told The New Times that Rwf1 billion was allocated to Gako beef project, while Rwf3 billion was channeled to crop irrigation.

Rwf6.6 billion will be used for salaries of employees, and needed materials and equipment in several ministries, including that of ICT, Youth, environment, as well as land and forest.

The development budget, (Rwf9.8 billion) will be distributed in development projects which had financing gaps.

They include expansion of petroleum reservoirs, marshland development, irrigation of crops to fight drought that was experienced in the beginning of last year, and construction of basic infrastructure for the Gako beef project.

More funds will be allocated to expansion of RwandAir’s operations, and enhancing government investment in Marriot Hotel.

Chairperson of the parliamentary standing Committee on National Budget and Patrimony, Constance Mukayuhi Rwaka, said that irrigation needs to be improved to deal with the possible consequences of drought.

“When there is drought, agricultural produce reduces, and as a result, the country loses money. That is why irrigation needs a boost as it protects agriculture from drought effects.”

She said that investing in development projects such as Marriot Hotel, enables them to make profit, and the government gets returns on such investments.

The chairperson of the chamber of agriculture and livestock at the Private Sector Federation (PSF), Christine Murebwayire, welcomed additional funding for irrigation.

She also observed that the government’s 50 per cent subsidy on irrigation equipment eases farmers’ irrigation activities.

An estimated 50,000 hectares of land are irrigated in the country, while the target is to increase irrigated farmland to 100,000 hectares by 2020, according to the Ministry of Agriculture and Animal Resources.

“We should continue to make famers appreciate that there is subsidy for agriculture irrigation equipment to help them move from rain-fed farming to effective irrigation-based farming which can guarantee us sustainable farm yield,” Murebwayire said.