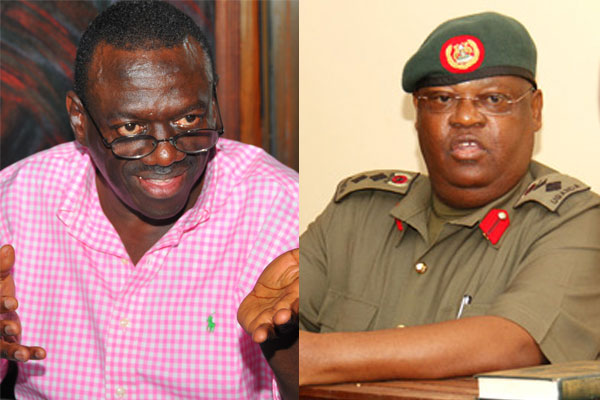 Forum for Democratic Change (FDC) founding president Kizza Besigye has accused the government of interfering with his digital communications, including deleting “some of my Ugandan Twitter followers”.

Dr Besigye told Daily Monitor by telephone yesterday that in the last few months, his more than 20,000 Twitter following has been dropping by 200 or 500 followers, with some complaining that he has blocked them.

“I have tried to monitor the pattern. Followers with Ugandan names have been deleted. Those of Kenya or other foreigners are there,” Dr Besigye said, claiming that the State could have interfered with his password, which allegations the deputy executive director of the Uganda Media Centre, Col Shaban Bantariza, laughed off.

“Why would government delete his followers? How does government benefit? Besigye wants to stay relevant. He has nothing to say after 16 years [in opposition],” Col Bantariza said.
“Next time you should call me to respond to more serious things. Not everything Besigye says government should really respond,” he added.

Facebook interfered with
But Dr Besigye insisted that it is not only his Twitter account that has been affected but also his Facebook and internet access have been interfered with.
“I have trouble with all my communications, even with accessing the Internet. I am always using VPN (Virtual Private Network). There is obviously political interference. With social media, even when media houses are gagged, we have been able to communicate to the rest of the world,” he said.
Dr Besigye said he has been advised by “friendly information and communication technology experts” to keep switching his passwords, never to download content from the internet and that he should acquire new gadgets.

He said he has also contacted Twitter administration to intervene.
In 2016, government ordered telecommunication companies to temporarily block social media access on phones, citing security reasons.
Social media access were unblocked after President Museveni was sworn-in as President.
The Opposition has in the past accused government of using computer spyware to spy on them.