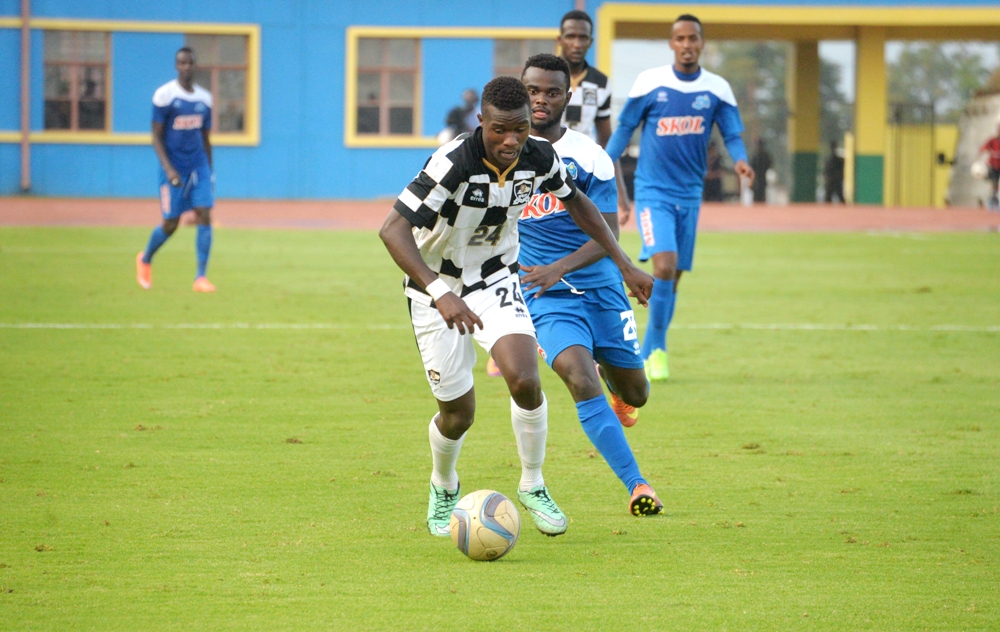 The yesterday fiery match between the two Rwandan football giants APR FC and Rayon Sports ended with the victory of APR FC with one score out of zero of Blue and White colored Rayon Sports. The striker Muhadjri Hakizimana from the APR FC  scored the only goal throughout the match.  It was one of the matches comprising the ongoing ‘AZAM Rwanda Premier League’.

He thereafter committed a mistake that cost him a red card before getting out of the playground.

The remaining ten teammates kept playing for the rest of the match. The match that was attended by not less than 20 thousand fans took place at the Amahoro National Stadium.

The APR FC was lacking of its strikers namely Bizimana Djihad who is under punishment after accumulating three yellow cards in the previous matches.

In the starting minutes, its strikers tried to score but Rayon Sport’s defenders namely Faustin Usengimana and Thierry Manzi disrupted their speed.

The first goal from the APR FC was scored at the 26 minute of the first half time of the match by Muhadjiri .

Two minutes later, he missed another goal after releasing a heavy shot on target.

Unfortunately for him, he was given two red cards after committing two mistakes.

The remaining teammates improved their defending skills as to hinder the adversary from scoring back.

During the second half time of the match, Rayon sports strikers named Yannick Mukunzi, Bimenyimana Bonfils Caleb, Erick Rutanga…tried to engage into the APR FC defenders as to score back but their efforts were vain.

The match ended with the victory from the APR FC.