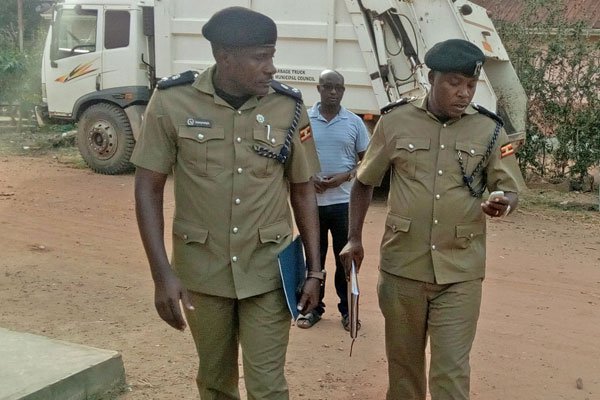 February 12, 2019 will remain a dark day in the career of four senior police officers who were demoted by the Force’s disciplinary committee court yesterday.

The quartet were found guilty of charges of neglect of duty during the Arua fracas on August 13, 2018 in which a car in President Museveni’s convoy was reportedly stoned by a crowd on Ediofe Road in Arua Municipality.

Although the officers had pleaded for leniency on grounds that they are youthful, have huge family responsibilities of paying school fees, and being first offenders, the court did not consider their pleas.
The officers had also earlier denied the charges but evidence adduced before the court proved them guilty of the offence.

Affected officers
They included former zonal field force unit commander Robert Junena, who was demoted from Superintendent to Assistant Superintendent of police, former regional crime intelligence officer Edward Mugweri, who was lowered from Senior Superintendent of Police to Superintendent of Police, former regional police commander for West Nile Jonathan Musinguzi, and former Arua district police commander Abbas Senyonjo.
Reading the sentence, the chairperson of the disciplinary committee, Mr Denis Odongpiny, said: “You (the defaulters) can still regain the ranks once you work hard. You can appeal to the Police Council appellant court within 14 days if not satisfied with the judgment.”
The demotion, according to court, is in accordance with the Police Act Cap 303.

Meanwhile, the former regional criminal investigations and intelligence director, Mr Herbert Wanyoto, was sentenced to severe reprimand for allowing Mityana Municipality Member of Parliament Francis Zaake escape from lawful custody at Arua Central Police Station.
But the court showed him leniency on grounds that Mr Zaake was re-arrested after the escape.

Warning
Mr Wanyoto’s reprimand means any future misconduct could lead to his dismissal or discharge from the force or facing any other severe punishment.
Mr Francis Onen, the then Arua district traffic officer, was acquitted of the charges.
The regional police public relations officer, Ms Josephine Angucia, said: “This has been unfortunate for our officers but it should not be the end of the road for them. They can still come back to work for the good of the community. I appeal to our police officers to avoid making mistakes.”