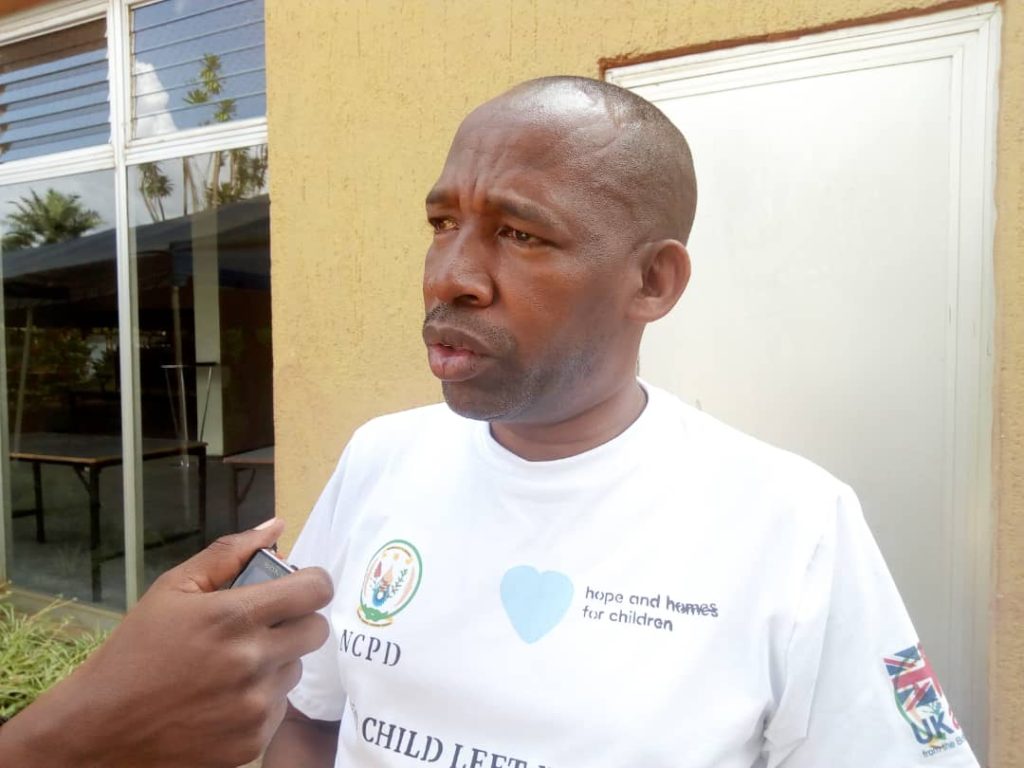 The executive secretary of the National Council for People with Disabilities Emmanuel Ndayisaba told Umuseke that currently not less than 3000 children with various disabilities still live in centers. The aim is to relocate them in caring families as to help them enjoy love as other children do.

Ndayisaba urged that the national policy regarding children involves an ideal of relocating children living in centers in willing and caring families.

However, some parents who already have welcomed children with disabilities in their respective families urge that an ‘effective care taking for such children is highly demanding’.

Naomie Uwambaje from Rusizi district who has been attending a two days’ workshop on how effective this family re-integration of children with disabilities can be done, revealed to Umuseke that some parents who welcomed such children complain that care giving to those children is very demanding.

She narrated that some parents with many children say that providing such children with all physical and emotional packages they need requires a lot of financial capabilities, thus urging the state based institutions to pack their efforts.

Uwambaje, however, however thanked an NGO called Hope and Homes for Children for having provided them with insights on how effective re-integration of such children could be done.

The senior representative of the Hope and Homes for Children Innocent Habimfura underscored that importance of relocating children with disabilities in families.

It is an effective endeavor that we are committed to implement in the coming three years, he said.

We will help willing families to understand the importance of taking children with disabilities in their families, he added.

For him, all children deserve loving families to enjoy love and grow effectively.

Habimfura said that the NGO he manages will financially help such families to let them have means to grow economically.

The first phase of the project to help such families will be implemented in the three coming years. Families from 13 districts will be taken into account during its implementation.

A plane carrying 188 people vanished from radar, no survivor found yet